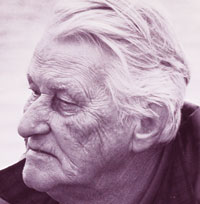 Veteran scribes Bruce Hutchison (1901-1992) and Arthur Mayse (1912-1992) died in the same year. The former played in the big leagues of journalism at The Vancouver Sun for almost the entirety of his career, overshadowing the equally admirable longevity of the latter, Arthur Mayse, who arguably knew British Columbia more widely and deeply, but who gravitated to central Vancouver Island for his final decades.

Much-changed since Arthur Mayse lived at this address from 1972 to 1992, the renovated home beside the ocean was originally a float house from a logging camp dragged onto Stories Beach (Storey’s Beach) by its first owner, the bounty hunter Cecil “Cougar” Smith. Arthur and Winifred Mayse bought it from Cougar Smith’s widow. Bounty hunter, guide and game warden Cougar Smith (1878-1961) was a semi-legendary local figure who killed his first cougar at age 14 with a musket and killed 600 more cougars before he stopped counting.

As the son of Baptist minister Amos Mayse, Arthur Mayse was born among the Swampy Cree at St. James Mission, near Peguis, Manitoba, in 1912. His earliest memory was hanging in an aspen tree as a baby, suspended with other Cree babies in moss bags, hearing birds. He sold his first story to the Toronto Star Weekly at age 12. Mayse began selling articles to The Vancouver Province while he was attending UBC in the 1930s. One course short of his degree, he left university to become a professional journalist. He covered the first ascent of Mount Waddington in 1933 and the Sayward Fire of 1938, then became labour and politics reporter for the upstart Vancouver Sun.

He and his wife Winifred then moved to Toronto where he became fiction editor for Maclean’s. They returned in 1951 to raise their two children on the West Coast. During the 1980s Win sold photographs to accompany her husband’s articles and she was his source for much information about coastal indigenous culture after she learned some Kwakwala in the early 1980s.

Arthur Mayse taught extension creative writing courses in Victoria and Campbell River and wrote a popular column for the Victoria Times-Colonist, later picked up by the Campbell River Courier-Islander and other papers, that ran for 30 years. During renovations on their former floathouse, they found an old deck of cards containing five aces.

Along the way, Mayse published countless stories and articles, many scripts for television’s The Beachcombers (some co-written with Winifred), and four novels: Perilous Passage (1949), The Desperate Search (1952), Morgan’s Mountain (1960) and a suspenseful juvenile novel called Handliner’s Island (1990). Desperate Search was about a missing plane and became the basis for a 1953 MGM movie of the same name starring Howard Keel and Jane Greer.

His first three books were written as serials for the Saturday Evening Post. The hardcover version of the latter was modified from its original serialized form.

Handliner’s Island is about a ten-year-old boy’s efforts to make money handlining off the coast with his Kwagewlth friend Mayus as they await the annual coho run. Mayse was, according to his fellow Vancouver Islander columnist Charles Lillard, “our last living connection with a legendary company of writers that included Hubert Evans, Howard O’Hagan, Roderick Haig-Brown and Bertrand W. Sinclair.”

Arthur Mayse never missed a deadline. His last column appeared in the same paper as his obituary that was written by Stephen Hume. He died on March 21, 1992 at Campbell River Hospital at age 79. His wife Win was staying at the same hospital, having been admitted seven months earlier, and she died shortly after him on April 4, 1992. They had celebrated their 50th wedding anniversary in 1990.

Arthur Mayse’s daughter Susan Mayse, who wrote a biography of union leader Ginger Goodwin, edited My Father, My Friend (Harbour, 1993), a memoir of Arthur Mayse’s boyhood fishing trips with his father, Amos Mayse, in Nanaimo and the Oyster River area.
Susan Mayse scattered her father’s ashes on the north bank of the Oyster River at the Padre’s Walk, named her grandfather Amos Mayse. It was a favourite reach of the river for father and son.

Mayse’s mantle as a journalist specializing in British Columbia beyond the Lower Mainland has been adopted by his son-in-law, Stephen Hume, who wrote, “Arthur William (“Bill”) Mayse spent his teens in gritty Nanaimo and grittier east side Vancouver. He knew Cowichan shamans, Sointula pukka fighters, tame apes from the A-frame camps, Chinese labourers and unrepentant Wobblies. More than anything, he knew and loved the country. He lived it, breathed it, fished it and sometimes despaired at what was being done to it in the ignorant clamour called progress.”

“No one has written more about this coast more often, and more knowingly (I want to say wisely, too) than has Arthur Mayse,” Charles Lillard corroborated. Gary Symons, editorial page editor, Courier-Islander, has averred, “He was living proof that common-sense is the most pure form of wisdom.”

THE DISTINGUISHED JOURNALIST AND scriptwriter, Arthur Mayse, has turned his hand to children’s literature in Handliner’s Island (Harbour $12.95) illustrated by Nola Johnston. The novel, set in 1946, tells the story of young Paddy Logan who is determined to help his grandfather payoff a $700 debt. Paddy plans to earn the money hand lining salmon. With his Kwakiutl friend Mayus, Paddy gathers the necessary gear and the boys establish camp on a remote island, unaware that they are intruding on the fishing grounds of an old man and his granddaughter Lynn. The boys have little luck fishing, catching only sun bums and blisters. Then the old man has an accident. Mayus and Paddy help Lynn get her grandfather to the mainland during a storm. The plot includes a confrontation between the boys and two “creek robbers” (illegal fishermen). Interwoven into the story is a wealth of information about the tides, sea life and commercial fishing. Mayse’s goal in writing Handliner’s Island was to create a story which combined a sense of freedom and independence with adventure and nautical know-how. He has succeeded, and at the same time created an absorbing story. Mayse considers himself primarily a short story writer, although he has co written over 40 scripts for the Beachcombers television series (with his wife Win) and three adult novels. “Every novel I ever wrote,” he says, “is a short story that just got out of hand.” — by Allison Haupt