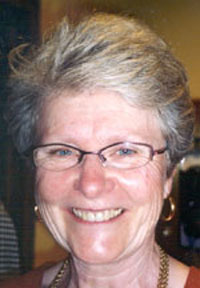 In Lynne Bowen’s Boss Whistle (1982), she describes the Big Strike (1912-1914) of coal miners for which the militia was brought into Nanaimo to quell riots in the summer of 1913. A large group of union men was arrested one evening and marched into the Rattenbury-styled courthouse between a double row of militiamen with bayonets fixed.

Harsh conditions encountered by miners in the Dunsmuir family mines on Vancouver Island gave rise to B.C.’s sometimes formidable labour movement, hence Lynne Bowen’s Boss Whistle: The Coal Miners of Vancouver Island Remember (1982) is a literary vein that leads to the heart of a province that has relied almost exclusively on resource-based industries such as mining. Since 1849, when the Hudson’s Bay Company sought coal on Vancouver Island, mining evolved into B.C.’s third-largest industry, in terms of dollar value, behind logging and tourism. But mining-related literature is miniscule compared to books on logging and fishing.

Culled from Myrtle Bergren’s 130 hours of interviews, and sponsored by Nanaimo’s Coal Tyee Society, Boss Whistle: The Coal Miners of Vancouver Island Remember (1982) is an indispensable oral history of Vancouver Island colliers and their families. After it received the Eaton’s B.C. Book Award, Bowen dug deeper and provided a sequel, Three Dollar Dreams (1987), to outline the frequently violent labour history of coal mining on southern Vancouver Island from 1848 to 1900. This led to her study of coal baron, Robert Dunsmuir, also the subject of two plays by Rod Langley.

Italian immigrants first arrived in B.C. via San Francisco in the early 1860s. They gave us Calona Wines (Capozzi), Vancouver Whitecaps (Lenarduzzi) and fancy restaurants (Menghi). Their collective story in B.C. has been told by Lynne Bowen in Whoever Gives Us Bread (Harbour $32.95), including the plight of 53 Italians who were shipped off to a Kananaskis internment camp for fear that they would form a fifth column in support of Mussolini. Bowen’s history received a 2012 F.G. Bressani Literary Prize for Creative Non-Fiction. 978-1-55365-607-4

Lynne Bowen is one of the leading non-fiction authors of British Columbia. As an award-winning popular historian, consultant, writing professor, journalist and oral historian, she has chiefly written about Vancouver Island.

EMPLOYMENT OTHER THAN WRITING:

Convocation Speaker, Concordia University College of Alberta, May 2000
“When the Muse Meets the Masses: Writing History in the Age of Creative Non-Fiction”, address to the 52nd Annual Pacific Northwest History Conference, 1999 and to the British Columbia Universities Qualicum History Conference, 1999
Organizing Committee of Booming Ground Writers Community, University of British Columbia, appointed 1998
Editorial Advisory Board of XYZ Publishing, appointed 1998
“Recognizing Ourselves. The Writing of Canadian Popular History”, Guest Lecturer at Concordia University College of Alberta Seventy-Fifth Anniversary, November 5, 1996
Mentor for Writers of History, Biography, and Autobiography, Sunshine Coast Festival of the Written Arts, Sechelt, B.C., 1994
The Dunsmuirs of Nanaimo and Cumberland, Lecture Tours, 1991 to 1994
The Coal Mines of Nanaimo, Lecture Tours, beginning in 1987
“Shot Off the Solid”, paper presented to the Canadian Institute of Mining, Metallurgy and Petroleum, 1991
“Friendly Societies: The British Tradition of Self-Help in a Vancouver Island Coal Mining Community”, paper presented to The Canadian Society for the History of Medicine, Learned Societies Conference, University of Victoria, 1990
Sunshine Coast Festival of the Written Arts, speaker, 1988
“Toward an Extended Definition of Oral Testimony: The Coal Miner on Nineteenth Century Vancouver Island”, paper presented to the Conference on Ethnicity, Oral Testimony and the World of Work, Baddeck, Nova Scotia, 1986
“Coal Mining Areas of Nanaimo”, Lecture Tour for the Canadian Association of Geographers Annual Meeting, 1984
“Gathering and Using Oral History in the Pursuit of the Story of Vancouver Island’s Coal Miners”, paper presented to the Canadian Oral History Association Annual meeting, Learned Societies Conference, University of British Columbia, 1983

Review of the author’s work by BC Studies:
Boss Whistle: The Coal Miners of Vancouver Island Remember
Three Dollar Dreams
Whoever Gives us Bread: The Story of Italians in British Columbia
Those Island People

Muddling Through, The Remarkable Story of the Barr Colonists. Vancouver: Douglas & McIntyre, 1992

The Dunsmuirs of Nanaimo. Nanaimo: The Nanaimo Festival, 1989

A poor boy with ambition and daring, he rose from being a simple miner to an almost feudal ruler of the mines and mining towns of Vancouver Island. In his 64th year thousands thronged the streets of Victoria to celebrate the extension of his Esquimalt and Nanaimo railway to Victoria. Banners hailed him as “Victoria’s best friend” and “The Right Man in the Right Place.” As if he were royalty, his loyal employees unhitched the horses from his carriage and pulled him to the banquet given in his honour. Craigdarroch, the castle he had promised his wife, had been under construction for seven months, employing so many stonemasons that it created a city-wide shortage.

But there was a sordid underside. His upwardly mobile progress had been punctuated by mine disasters and explosions causing huge loss of life. There had been labour disputes and attempts to unionize that he had ruthlessly quelled by turning workers out of their cottages. And he had made business enemies along the way. Bowen brackets her account with two spectacular lawsuits, both of which took place in 1888. The first was a bizarre episode involving anonymous letters, bearing the sign of the black hand and threatening death. The sender turned out to be Gustavus Hamilton Griffin, a maverick practitioner of medicine, who had tried unsuccessfully to turn some quick cash by selling Dunsmuir a piece of property.

The second was a libel suit instigated by Dunsmuir against the Evening Times. The paper had long opposed him, ridiculing him as ‘King Grab.’ When it claimed that he “carried the government in his breeches pocket” and was selling land from a railway grant to settlers for an exorbitant $3 an acre, he decided to sue.

In both instances Dunsmuir triumphed. Dr. Griffin was sentenced to three years of penal servitude, and the newspaper was ordered to pay $500 and costs. “I am a stubborn Scotchman”, boasted Dunsmuir, “a multitude cannot coerce me.” All the same, something did coerce him. Within the year, he fell ill and died. He never lived to occupy the castle—a cross between Balmoral and Harry Potter’s Hogwarts—that is his enduring monument on the landscape of Victoria.

Having written two successful books on the coal mining culture of Vancouver Island, Lynne Bowen has written a concise, readable life of King Grab, suitable for young adults and useful to anyone seeking a handy research tool. She provides a chronology, aligning Dunsmuir’s life with the major events of his time in Canada and around the world, and a bibliography of her sources and related works.

Bowen’s book is part of a series from a new publisher. The other volumes are Pauline Johnson by Betty Keller, Tommy Douglas by Dave Margoshes and Norman Bethune by John Wilson. There are also forthcoming titles about Agnes MacPhail, Emily Carr and George Mercer Dawson. 0-9683601-3-0

YOU CAN’T DIG MUCH DEEPER INTO B.C. history than Lynne Bowen. Boss Whistle (Oolichan $12.95), her first book, was a major oral history of Vancouver Island colliers and their families. Sponsored by Nanaimo’s Coal Tyee Society and culled from the late Myrtle Bergren’s 130 hours of interviews with ex-miners, Boss Whistle earned the Eatons B.C. Book Award in 1983. Now comes Three Dollar Dreams (Oolichan $29.95), her second book, detailing the frequently violent labour history of south Island coal mining from 1848 to 1900. “I didn’t have a living memory to guide me this time,” she says.

After delving into the archives of 1850, Bowen has reconstructed the West Coast’s first coal miner’s strike. Marooned in miserable working conditions at the Hudson Bay Company’s failed Fort Rupert mine, two Scottish born protesters were fined, fed on bread and water, and clapped in leg irons.

Just over a century ago, when an explosion ripped through Nanaimo’s 1 mine, 148 workers died. Bowen has found a handwritten copy of the 1887 inquest which reveals the tragedy was caused by coal dust exploding not by unsafe Chinese labourers as was widely suggested at the time.

“Since the explosion Oriental labour remained a large issue in British Columbia,” says Bowen, “right up to the second World War.” The Coal Tyee Society, which also commissioned Bowen’s second work, derives its name from the original discovery of coal on Vancouver Island in 1852 by an Indian from Winthuysen Inlet 60 miles north of Fort Victoria. After a blacksmith transmitted this coal report of the Indian coal chief of ‘Coal Tyee’ to James Douglas, the Hudson Bay Company established a mining settlement called Colviletown.

Colviletown later became Nanaimo. Hosting the celebratory Malaspina book launch for Three Dollar Dreams, local MLA Dale Lovick called the event, “an important night in Nanaimo’s history and an important evening in labour history beyond what the bigshots did and beyond what the politicians did.” The Coal Tyee is also sponsoring a video project, produced by playwright Rod Langley, to capture the faces and recollections of early B.C. coal miners who are still living. Coal Tyee members have also been meeting with Lynne Bowen once a month for the past seven years.