Z is for Zeus 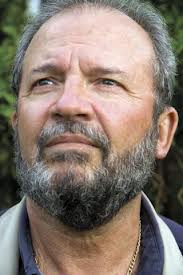 As we were saying in the Autumn issue of B.C. BookWorld, it’s hard to keep up with the poet and publisher Manolis, aka Manolis Aligizakis. He has since released a new collection, The Second Advent of Zeus (Ekstasis), and his collection Autumn Leaves has been released in a Serbian version. Since founding his own imprint in 2006, he has 35 original or translated titles for his listing on the ABCBookWorld reference site. 978-1-77171-176-0