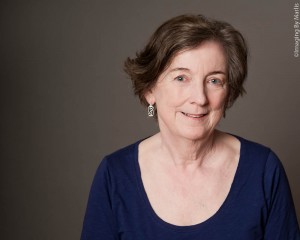 Born in New Westminster on October 16, 1941, Marion McKinnon Crook grew up in Cloverdale and graduated from Seattle University with a BSc in Nursing in 1963. She worked as a public health nurse, primarily in the Cariboo, for 21 years. “I had Horsefly, Likely, Black Creek and Lac La Hache. It was 38-below sometimes, on logging roads, 60 miles from the nearest doctor. When you’re 23 years old and naive, you learn a lot of things fast. The first time I went to Likely they flew in a 20-year-old boy who had been hit by a tree. He was dead. That was my introduction.” She raised three children and tended a flock of sheep, and cattle. Having sold three stories to CBC Radio in 1969, she began self-publishing a series of Susan George mysteries for juveniles, plus B.C. stories about 11-year-olds named Megan and Ricky, including The Hidden Gold Mystery and Crosscurrents. Her self-published historical novel about early Vancouver was A Question of Justice – 1986 (Williams Lake, 1985). Later Crook co-wrote and published How To Self-Publish and Make Money with Nancy Wise of Kelowna, something of landmark text that recognizes and encourages the viability of self-publishing in B.C. Crook has since written (but not published herself) various books about teenagers, including The Face in the Mirror: Teenagers Talk About Abortion and Every Parent’s Guide to Understanding Teenagers and Suicide. The Body Image Trap is “for the 92% of women who don’t fit the idealized frame.” In 1995 she received an MA in liberal studies at SFU. She has a Ph.D in Education from UBC and has spend several decades researching and writing about difficulties faced by teenagers.  Now she has released a third printing of her book of advice first released in 1998, Writing for Children and Young Adults (Self-Counsel epub $8.99). “The writing process for this edition of the book,” she says, “was fast and exciting. I followed the outline of the second edition of the book, but the world of writing and publishing had changed so much that I muttered a kind of schizophrenic conversation with myself discussing every paragraph. Was this still true? What else contributed to this aspect of writing in this modern world? I was, at the time of writing, on a private Facebook page with about fifty other writers, most of them living in the US, who discussed writing and contracts and were willing to give advice. I volunteered to participate in their virtual tours, street trams, contests and promotional schemes in order to find experience in this new digital marketing. It was strange and fascinating.” 978-1-77040-828-9

One Response to “YA and you”