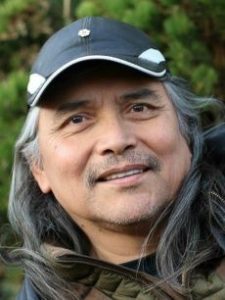 Xwalacktun (born Rick Harry) was born and raised in Squamish. His mother is originally from Squamish and Alert Bay (Coast Salish, Kwakiutl) while his father was Coast Salish (Squamish). Xwalacktun was given his indigenous name by his father, Pekultn, who was a hereditary chief, originally from the Seymour Creek area of North Vancouver. He honed his skills and education as an artist at Emily Carr College of Art and Capilano College but feels he also learned a lot through trial and error.

The North Vancouver Arts Council contracted Xwa-lack-tun [alternate spelling] to do a print of a historic site for the new Millennium. In 2001 he was invited to Scotland to promote the country’s totem pole project and he returned in 2002, 2003 and 2005 to travel Scotland and demonstrate carving techniques. 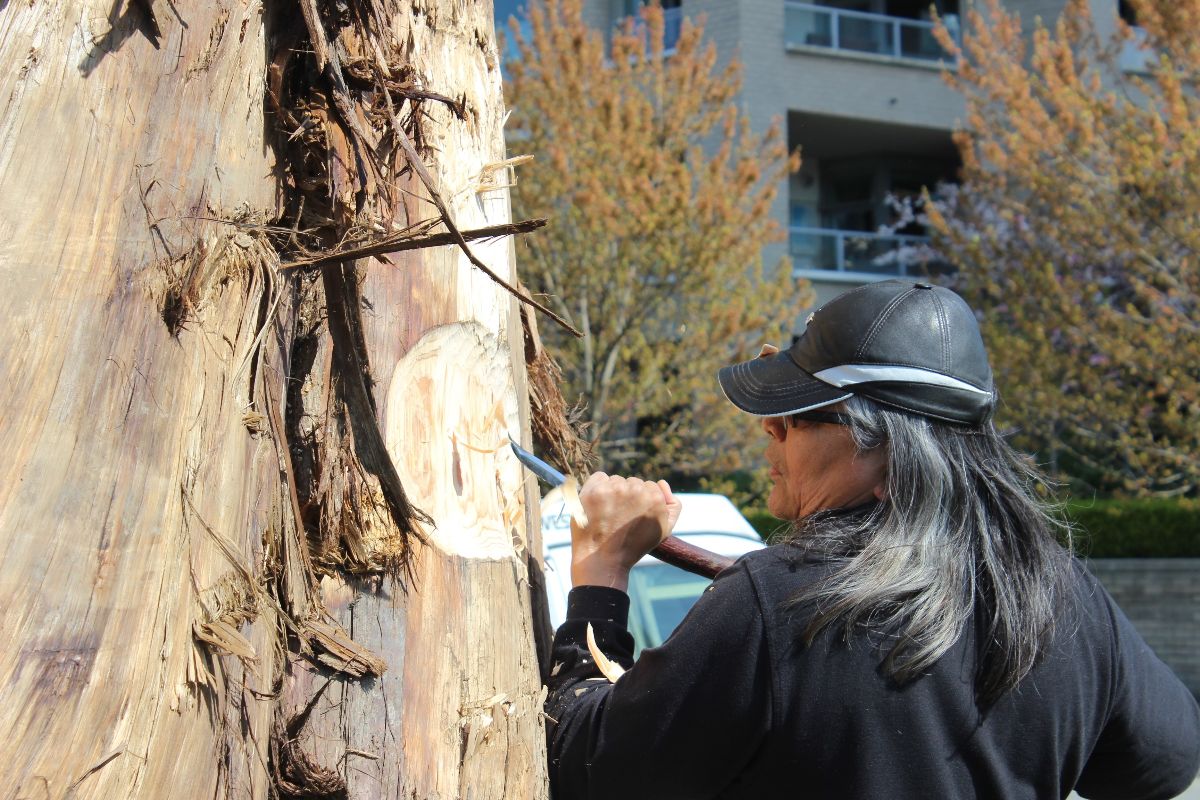 Xwa-lack-tun worked on designs for the 2010 Vancouver/Whistler Winter Olympic Bid. He has also created and carved the yellow cedar, double doors for BC Hydro’s main buildings in Vancouver and Burnaby. Harrison Hot Springs Resort also commissioned him to create its set of doors placed at the entrance of its spa. And he has created a 41.5-foot, red cedar pole for a gallery in New Hampshire, USA. Perhaps most auspiciously, in 2014-2015, he was commissioned by the Audain Museum in Whistler to create the waterjet cut, aluminum house post for its main entranceway entitled He-yay meymuy (Big Flood).

No, he doesn’t have a book yet. It’s only a matter of time.