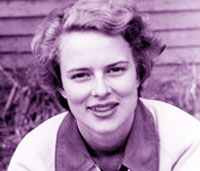 “The letters in A Queer Love Story are not simply a look into private lives, which are satisfying and rich in themselves. Here are two powerhouses influencing Canadian history. They helped make our queer history — one word, one gesture, one fight at a time. I felt waves and waves of gratitude, both for the work these two heroes performed and for the chance to see it documented, to be welcomed into that past. This book will remind you just how deeply personal are our political struggles.”
— Michael V. Smith, author of My Body Is Yours