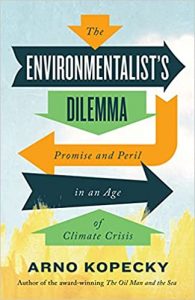 In his latest title, The Environmentalist’s Dilemma: Promise and Peril in an Age of Climate Crisis (ECW $24.95) investigative journalist and travel writer Arno Kopecky zeroes in on a core predicament of our times: the planet may be dying, but humanity’s doing better than ever. To acknowledge both sides of this paradox is to enter a realm of difficult decisions: Should we take down the government, or try to change it from the inside? Is it okay to compare climate change to Hitler? How do you tackle collective delusion? Should we still have kids? And can we take them to Disneyland? Throughout, Kopecky strikes a note of optimistic realism as he guides readers through the moral minefields of a polarized world.

A resident of Vancouver, Kopecky’s The Oil Man and the Sea: Navigating the Northern Gateway (Douglas & McIntyre, 2013) won the 2014 Edna Staebler Award and was shortlisted for the 2014 Hubert Evans Non-Fiction prize and the Governor General’s Award for non-fiction. His dispatches have appeared in The Walrus, Foreign Policy, the Globe and Mail, Maclean’s, The Tyee and Kenya’s Daily Nation.

The following is a Q & A with the author about The Environmentalist’s Dilemma submitted by the publisher.

A. It springs from the question at the heart of this book: How should we engage with the story of our times? (That story, in my view, is the ongoing collapse of Earth’s biosphere). Of course, there’s no right answer, just a range of imperfect attempts to arrive at one. This book explores a few of those attempts and the trade-offs each involves. I spend a year with a radical activist group, profile the only MP in Alberta who believes in climate change, and look at my ancestors’ relationship with the story of their times, Nazism, to name a few examples.

Q. Wait, were your grandparents Nazis?

A. Nein! But it is complicated. My maternal grandparents lived in rural Westphalia and voted for Hitler because he promised a monthly cheque for each of their children (so the story goes). My mom’s earliest memories include running for shelter amid an air raid. She didn’t hear about the Holocaust until she moved to North America in 1961. That sounds crazy until you think about how long it’s taken non-Indigenous people to start talking about the residential school legacy in Canada. I want to investigate these stories we tell about ourselves, or hide from ourselves, as people and families and countries. They have a lot to teach us about our relationship with climate change. 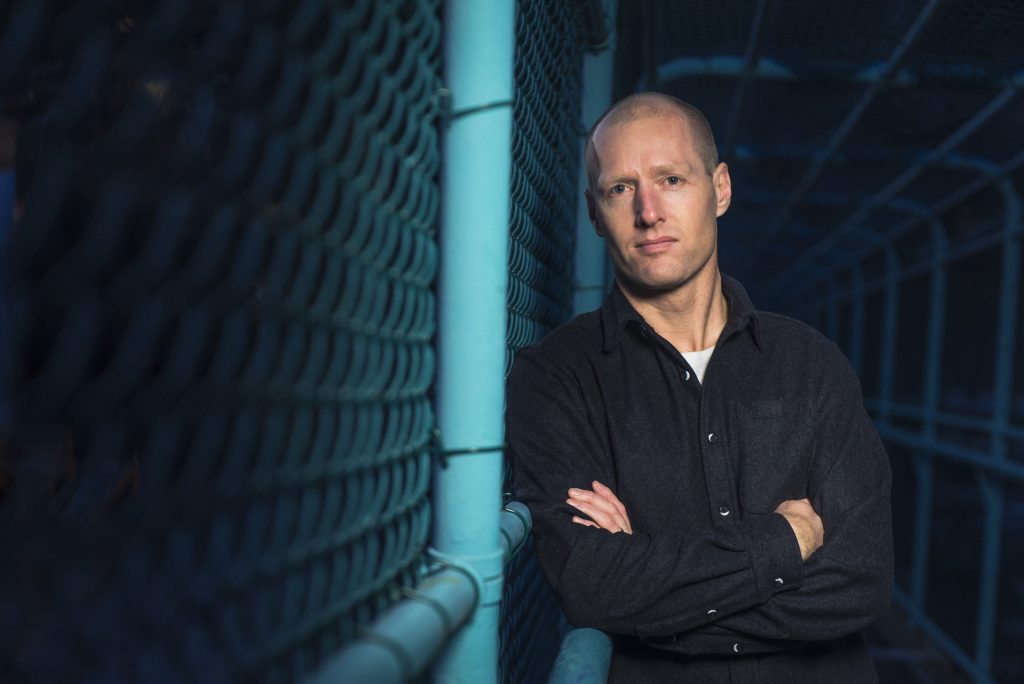 Q. What does Mickey Mouse have to do with climate change?

A. My wife and I took our daughter to Disneyland to meet him for her fourth birthday. A trip like that stirs up a hornet’s nest of conflicting emotions in any sane adult. Even if you overlook Disney’s corporate vice grip on modern imagination, how can we justify the amount of carbon burned by three round-trip tickets from Vancouver to Los Angeles? We can’t; but even if you never go to Disneyland, you’d have to cloister yourself on a mountaintop if you wanted to reduce your carbon footprint to zero. So, where’s the line between acceptable and unacceptable indulgence? Needless to say, our daughter loved every minute of the trip.

Q. You open your book by saying that things have never been so good for humanity, nor so dire for the planet. But are things really that good for humanity? Didn’t 2020 kind of destroy that narrative?

A. Nope. Covid-19 isn’t the first pandemic to overrun humanity, but it’s the first one that had a vaccine appear within a year. The U.S. election was insane, but look who won. However shaky our trajectory, a huge portion of the world today enjoys the benefits of democracy, human rights legislation, modern plumbing, literacy, free childhood education, contraception, plus infant and maternal mortality rates that are orders of magnitude lower than ever before in our species’ history. Just to name a few modern miracles. Let’s not take that stuff for granted, is what I’m saying.

Q. What do you want people to take away from your book?

A. A few good stories! And the sense that they’re included in those stories, that these are thrilling times to be alive no matter where or who you are, that we are living at an inflection point in human history that is electric and terrifying and fascinating and absolutely loaded with the best and worst kinds of potential.