Welcome to the new Cann Lit

The Little Book of Cannabis examines medicinal, horticultural, and scientific aspects of pot, its history and its new level of acceptance in society. 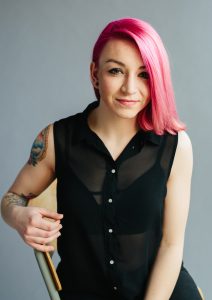 Amanda Siebert's book is subtitled How Marijuana Can Improve Your Life. Photo by Jackie Dives.

While the Georgia Straight‘s first-ever cannabis editor extolls the benefits of marijuana—she also describes how unfair its prohibition has been.

The Little Book of Cannabis: How Marijuana Can Improve Your Life
by Amanda Siebert, foreword by Rav Ivker 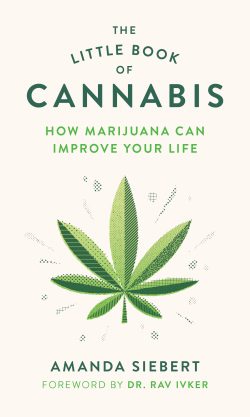 The dialogue surrounding cannabis cultivation and usage in Canada has changed recently with the legalization and the impending corporatization of earth’s most celebrated weed. In my lifetime, its popularity grew from teenagers and stoners whispering about it in the basement to its current state of storefront retailing, online sales and delivery, and open discussion of its medicinal, horticultural, and scientific aspects, to the history and philosophies associated with it, and to its recent and general acceptance in society. Despite all this, most bylaws don’t seem to permit its public use, and even its use in private residences has some restrictions. But that’s for another discussion.

With legalization upon us now, there is and will continue to be an abundance of books about cannabis. It is no longer assumed to be for a niche market, as users seem to come from all walks of life. Bearing that in mind, there may be a cannabis-related book to meet everyone’s needs. For instance, one can’t compare Amanda Siebert’s The Little Book of Cannabis, reviewed here, with Jack Herer’s The Emperor Wears No Clothes (1985), which many considered the end-all, be-all of cannabis literature (Can-Lit takes on new meaning!).

With so much information about marijuana available, many might not see the need to buy yet another book or read another article on the subject. However, Siebert has done justice to the subject by simply presenting a vast amount of information in an easy-to-read volume, with her chapter topics displaying a subtle sense of humour as well. 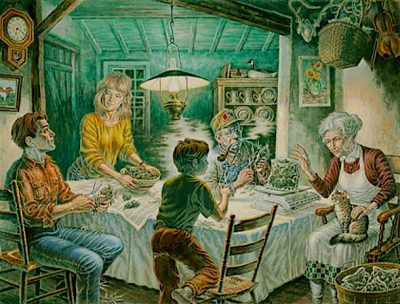 Trying to convince your Mom to sample some “Lemon Larry OG,” or “Granddaddy Purple” bud for that infernal back pain might be easier when paired with The Little Book of Cannabis. Siebert presents enough solid science and health research to avoid the stigma that was associated with marijuana for decades. However, she does state that “the compounds in cannabis affect everyone differently because our endocannabinoid systems are all different.” There — some science in a big word that your Mom probably hasn’t heard, but with a warning she should heed.

You can also play up the horticulture angle: “It’s currently thought that there are over one hundred [terpenes] in cannabis, including notably stress-relieving terpenes like linalool (which smells like lavender), myrcene (found in mango), and limonene (which has an aroma profile similar to citrus).”

There’s many points made on the CBD vs THC (Cannabidiol vs Tetrahydrocannabinol) components of cannabis that would help Mom better understand why there is such a wide selection in the variety of strains available for purchase. You wouldn’t want her indulging in some Death Bubba when all she really needs is Cannatonic.

Despite its title, The Little Book of Cannabis packs an informational punch. Typical is Chapter 7, “An Effective Source of Pain Management,” which is one aspect of cannabis use that’s always baffled me — perhaps because I’ve never felt the pain described here. Like much of The Little Book, this chapter is divided up into interviews with people who’ve experienced the benefit of using cannabis (in this case, intense pain and discomfort), with health professionals breaking down the treatment in layman’s terms. We also get a case study involving the treatment of Tourette’s, with references to chronic and short-term pain management, treatment of infections, and other prescribed uses that all end well.

But Dr. Mark Ware, professor and director of clinical research at Montreal’s McGill University Health Centre, spoke plainly on how it’s not the be-all and end-all of pain management. “The first thing is to potentially dial down the expectations. With people who have chronic pain, there’s often a very high hope that cannabis will be a treatment where everything else has failed. It’s one approach like many others….” That statement, and another alerting users to possible risk where there’s a history of psychosis or heart issues like arrhythmias, are two of the few negative associations to cannabis that I found in the whole book.

The entire book is pro-cannabis, without a doubt. I don’t dispute the research or the grand declarations made by Siebert, but some may find a counterbalance missing from the content. I recall a time with friends when we were teenagers having mature conversation the likes of, “pot relieves my stress,” and “weed helps me focus,” and a multitude of other reasons justifying our favourite herb. In the end, we’d be rolling on the floor in a fit of laughter as the statements became more and more absurd, degenerating as far as, “it makes it easier to have a crap!”

Well, as it turns out, that too is included in The Little Book of Cannabis as one of the many attributes marijuana will provide. It tends to green-light anyone’s possible doubts about the benefit of using cannabis and gives permission to indulge for just about every reason under the sun (which, incidentally, is the optimal method for growing): relief from anxiety, depression, and insomnia; for levelling mood swings, socializing, sex, and easing creative blocks; for energy boosting, pain management, and easing effects of aging; for nutritional value, treating addiction, and extensive medicinal benefits … and much more. The subtitle, How Marijuana Can Improve Your Life, is definitely the focus.

The chapter “Using Cannabis as a Superfood” is especially enjoyable and informative. “[I]f you thought bacon was already too good to be true [apologies to vegetarians and vegans reading], it can be made even more wonderful by simply sprinkling a little cannabis on top while it’s in the frying pan.” That’s only one of many little humorous tidbits Ms. Siebert launches throughout the book, but aside from that, this section is excellent at breaking down the nutritional value of various forms of cannabis (fresh, dried, bud, leaves, seeds, etc.) and methods of preparation. Jump ahead to the last chapter, “How to Prepare and Use Cannabis,” for even more detailed information.

Chapter after chapter, the one consistency I took away is that cannabis, at high doses, has little positive outcome. Not to say some don’t enjoy or require large doses, but the impact on one’s health, according to Siebert’s research, has more negative reactions. However, low doses (the hip contemporary term “micro-dosing” may apply) seem to be a win-win scenario for just about everything one could do in their waking hours — and it seems to be as effective during the sleeping hours too.

Cover to cover, The Little Book weighs heavily on the medicinal and health advantages of cannabis consumption, a conclusion validated by a long list of professionals and the author. The research is presented well and in detail, though not in so much detail as to turn into doctor-speak. But as Mara Gordon declares, “you can’t swing a cat without hitting a [so-called] cannabis guru” (p. 155).

Siebert lays out many situations where taking the high out of cannabis might benefit users in particular situations. They come up frequently in The Little Book. I admit to still having difficulty comprehending the uses of cannabis without the bonus of feeling high from it. Would a non-alcoholic bourbon be enjoyable or have any marketable success? Unlikely — no, make that definitely not. I’ve no experience with CBD products, so I’m not writing from any position of experience, but I’ve been dubious of some of the medicinal properties presented in the past. Calling it “medicine” makes it sound like any other prescription drug.

I’ve a friend who, years ago, was involved with a research and grow operation in the hopes of cultivating medicinal weed that didn’t get one high. After an initial gasp in shock, I fell silent as in mourning. Now, though, I admit that The Little Book has enlightened me to the possible need for it. After all, not everyone wants to get baked when they’re healing. 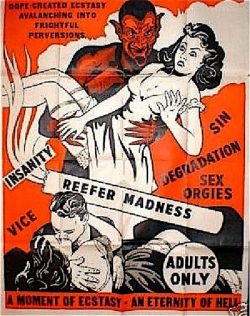 Even though the pro-pot stance was getting a little predictable — and as I noted, I’m not in disagreement with this position — the overall “RAH! RAH! RAH!” gusto of it can tire a bit. That was until I reached one of the last chapters, “Easing the Aging Process,” when I realized who the ideal target for this book should be. There’s a bit of a generation gap noted with the elderly being tagged as skeptical of its benefits, but also as the largest group of new cannabis users. The benefits covered by Siebert would best serve the uninitiated and one’s parents and grandparents, who may be the most influenced by history’s “war on drugs” and “Reefer Madness.” It’s a permission slip of sorts, a Do Not Go To Jail card for the uninitiated. But, as Ms. Siebert reminds us, newbies should always “start low and go slow.”

So next time your Mom complains about that back pain, and needs to go see her Budtender (a term I’ve only recently learned), send her along with the knowledge she’s gained from The Little Book of Cannabis. 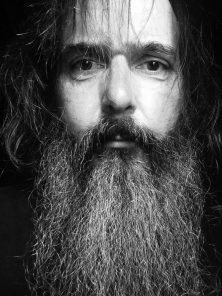 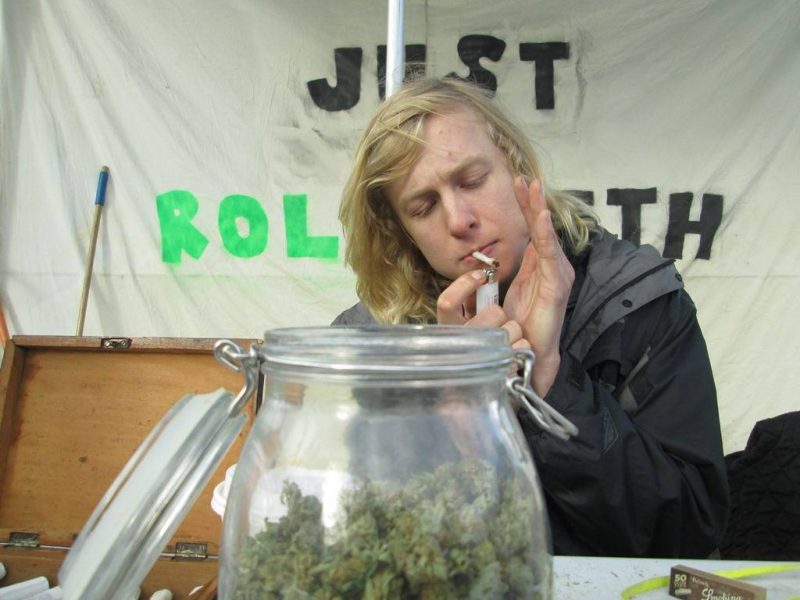