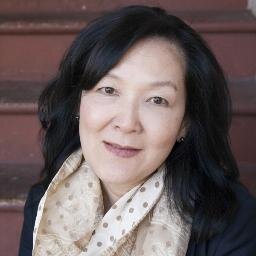 Janie Chang has completed her fourth historical fiction novel, The Porcelain Moon: A Novel of France, the Great War, and Forbidden Love (William Morrow/HarperCollins $27.99) due out February, 2023. Set in France, 1918 a young Chinese woman, Pauline Deng, runs away from her uncle’s home in Paris to evade a marriage being arranged for her in Shanghai. Pauline ends up lodging in the home of Camille Roussel, who is planning her own escape — from an abusive marriage as well as the end a love affair that can no longer continue. The two women become friends although Pauline soon uncovers a perilous secret that Camille has been hiding from her. As their dangerous situation escalates, the two women are forced to make a terrible decision that will bind them together for the rest of their lives. Set against the little-known history of the 140,000 Chinese workers brought to Europe as non-combatant labor during WWI, The Porcelain Moon is a tale of forbidden love, identity and belonging, and what we are willing to risk for freedom. Vancouver-based Chang is a graduate of the Writer’s Studio Program at Simon Fraser University. 9780063072862