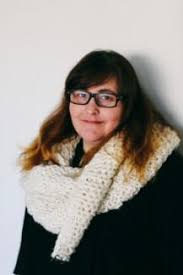 For all those cheese-loving vegans who thought they had to give it up or resort to unappetizing non-dairy ‘cheeses’ found in grocery supermarkets, there is now a cookbook for making plant-based cheese. Karen McAthy, the chef and founder of Blue Heron Creamery in Vancouver wrote Plant-Based Cheesemaking (New Society $29.99) about the evolving craft of making real, cultured plant-based cheese. It contains recipes, processes, and encourages experimentation for beginners and experienced foodies alike. A distinction is made between ‘cheese’ and ‘cheeze’. The offerings include concoctions such as walnut ricotta cheeze, seed cream cheeze, coconut kefir curd, and almond curd feta. McAthy was born and bred in Alert Bay and has worked in and around kitchens since 2000. Both her parents came from agricultural backgrounds and she grew up learning how to grow food. 978-0-86571-836-4