#332 Vince Lombardi of the ad game 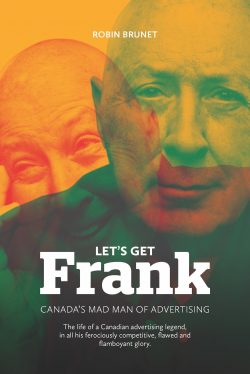 Anyone who watched the award-winning TV series Mad Men will be equally discomfited with the advertising industry as depicted in Let’s Get Frank, a biography of Vancouver advertising tycoon Frank Palmer.

Perhaps tycoon is too strong a word. Brunet calls him a legend, another strong descriptive. Palmer, co-founder of Vancouver’s Palmer Jarvis ad agency, would like them both and based on Brunet’s portrait the descriptions at least partially fit.

A disclaimer is necessary here. I loathe advertising, especially the product advertising that Palmer mostly produces. I binged-watched Mad Men to avoid the 15-20 minutes of ads that accompanied each episode. My view: advertising is part of the capitalist’s toolkit; it is designed to make you want something you often don’t need.

That said, I realize that Palmer and Draper excelled at their trade. Of course, Palmer is not Don Draper, the good-looking star of the TV series. The Vancouver ad man’s hulking frame and baldpate dismiss the physical comparison. Still, Palmer is just as ruthless when it comes to winning big accounts. And he got rich doing so.

At times Palmer dipped into his own fortune to cover costs such as the bills left behind when Woodward’s store shut down years ago. He has also been generous to various causes, donating to Ronald McDonald House, the Hudson Bay’s youth foundation, a police charity (he wanted to be a cop when he was young), and others. He encourages his staff to do the same. 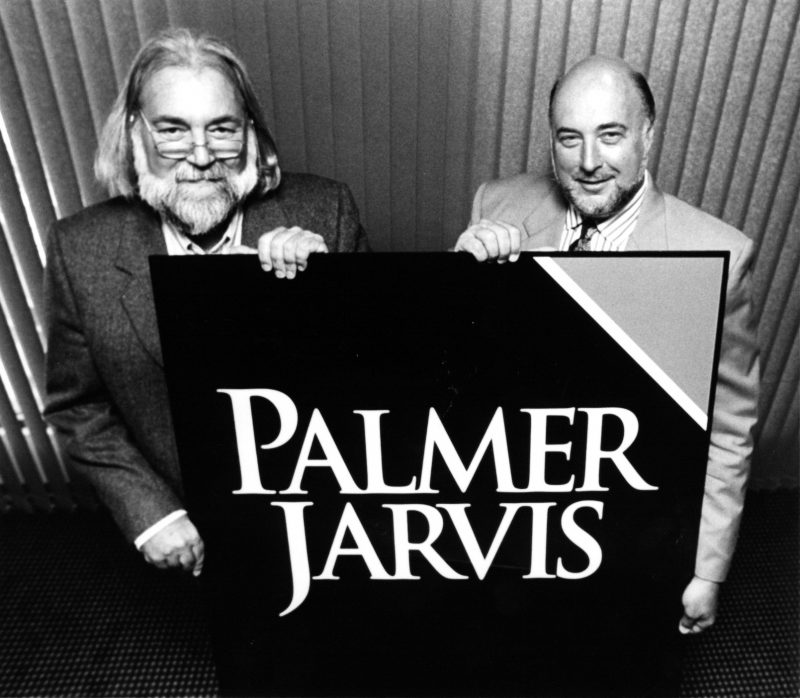 But scoring the big corporate ad contract is what drives him most. Some of Palmer’s conquests, and in the highly competitive ad world that is how they are viewed, include McDonald’s, Greyhound Air, Hudson’s Bay, Save-On Foods, and Jim Pattison’s AirWest. The list is long.

The list of Palmer Jarvis’s award-winning ad campaigns is also long and equally impressive as described by Brunet. In 1992, Strategy, an ad trade magazine, ranked Palmer Jarvis 69th among ad agencies. By 2004, after a major reboot, it was first. 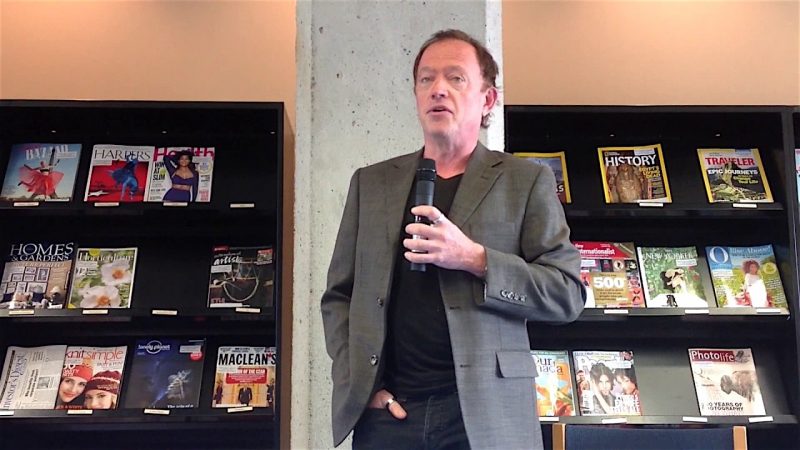 Palmer may not share Draper’s good looks, but he does share his calculating sense of the market, an uncanny ability that Brunet’s sources describe with awe. Like Draper, Palmer is the tough, hard-drinking, woman-chasing workaholic ad executive who sometimes had a heart, but mostly had his eye on winning.

In a 2013 online column for DDB Canada, where at 78 he continues to work, Palmer quoted American football coach Vince Lombardi’s famous comment “Winning isn’t everything; it’s the only thing” (p. 24). For Palmer winning spells success and “gives me control” (p. 20).

There’s another character trait that doesn’t bear comparison with Draper. The Mad Men star was a serious individual; I’ll bet he hardly cracked a smile throughout the entire seven seasons. Palmer, on the other hand, is a prankster, a gag man, someone who gets his kicks out of planting stink bombs in the office or gag buzzers in a colleague’s pocket. 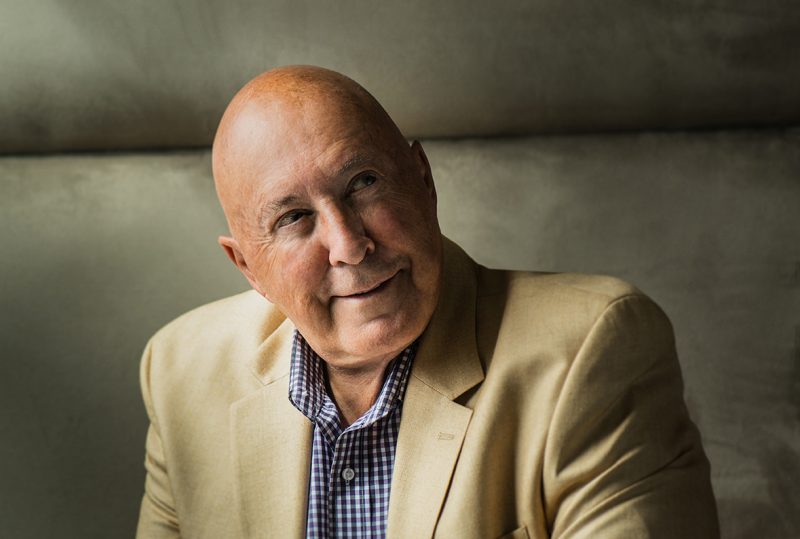 Frank the prankster is a topic that Brunet returns to time and again in interviews with many of the top ad men in Canada. Several worked for Palmer on their way up the corporate ladder and although they admit to liking him, many of them do not recall with fondness their encounters with Frank the practical joker.

A colleague recalls being embarrassed and fearful when Palmer entered a sports bar equipped with a device that could switch off the bar’s television sets. At critical moments in a playoff hockey game Palmer would secretively activate the device and the watching fans would “go ballistic.” He did this repeatedly “tears running down his face,” while his colleague searched frantically for the nearest exit (p. 206). 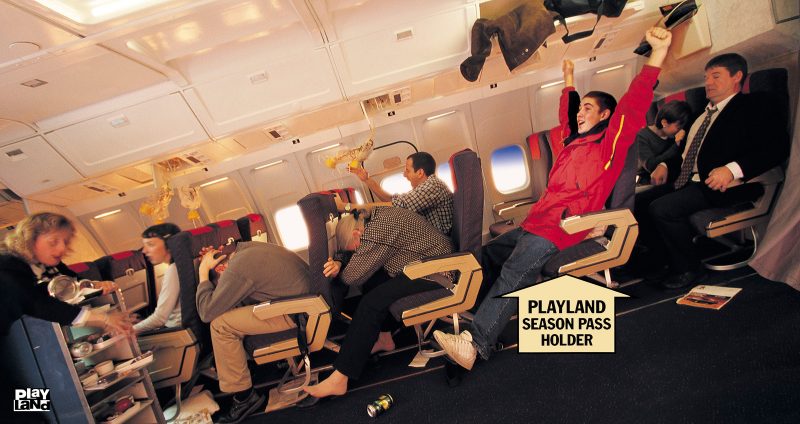 It is one of many anecdotes that fill the pages of this easy-reading journalistic biography. Scholars of the industry will find no footnotes, bibliography, or index. In fact, much of the book relies on quotes from Palmer and his friends and colleagues in the ad business.

There is some attempt to look critically at the man and his way of practicing his craft. He is portrayed as kind-hearted, overly friendly at times, patient with the promising youngsters he mentors, and respectful to those who share his winner philosophy. Brunet also offers us some of the warts. Palmer’s workaholism, for example, meant the home front suffered. But if it’s true that all publicity is good publicity, Let’s Get Frank serves Palmer well.

Some readers will come away revering the ad man’s chutzpah, ingenuity, and gutsy style. Others will see an industry that a 2013 Esquire article described as being “more about interruption and intrusion than compelling narratives or a good laugh. We don’t add value. If anything, we often take it away” (p. 190).

Some readers might argue that this is not an apt description of Palmer’s career, but in the world of corporate advertising today the description seems to fit to a tee. 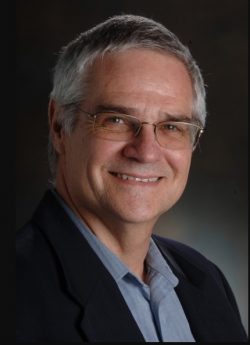 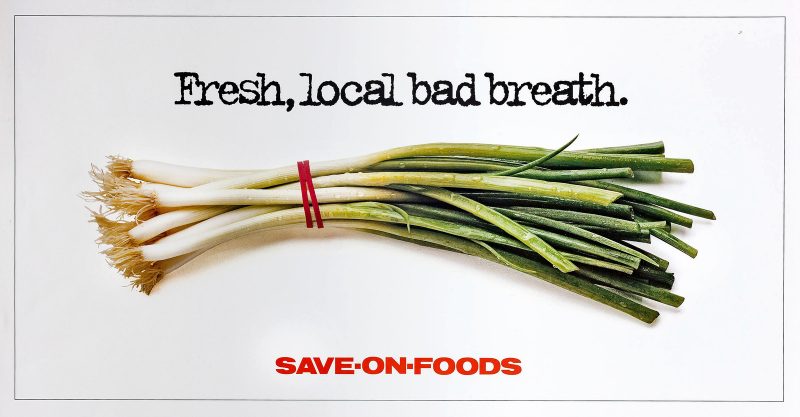 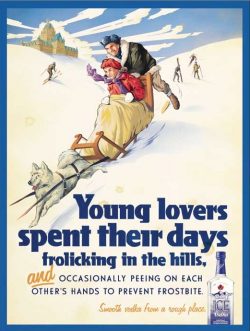 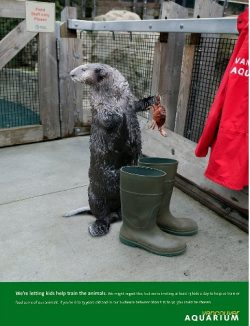