“There is taking place a creative upsurge which is making the West Coast a new centre of the arts," wrote a curator from the National Gallery of Canada in 1955. 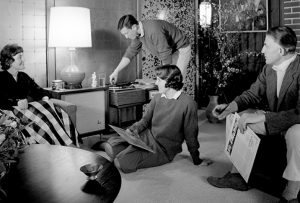 What particularly impressed a mandarin from the east, Robert H. Hubbard, were the West Coast architects who were designing a completely new house style – West Coast Modernism – still important today.

There was a time after the Second World War when new house design in Metro Vancouver was so distinctive and innovative that it attracted attention around the world, appearing in stylish New York magazines and was noted by influential thinkers from Eastern Canada.

In 1955, the curator of Canadian Art at the National Gallery of Canada wrote in Canadian Art magazine: “There is taking place a creative upsurge which is making the West Coast a new centre of the arts.” What so impressed the curator, Robert H. Hubbard, were the architects, several of whom he profiled in the article: C.E. Pratt, John Porter, and Douglas Simpson along with visual artists Gordon Smith, Bert Binning, Jack Shadbolt and Lionel Thomas. 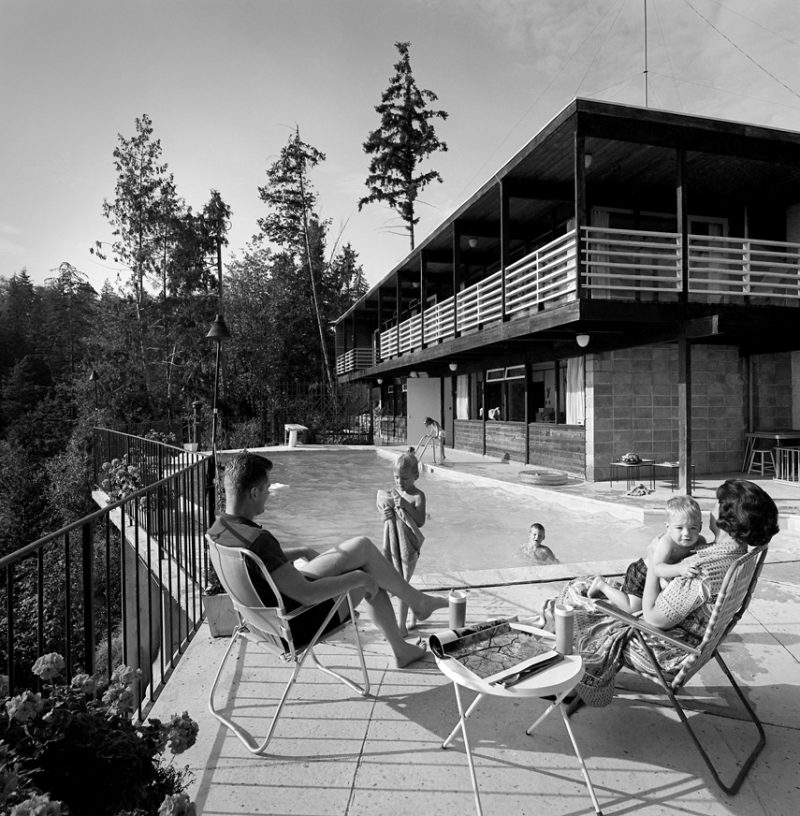 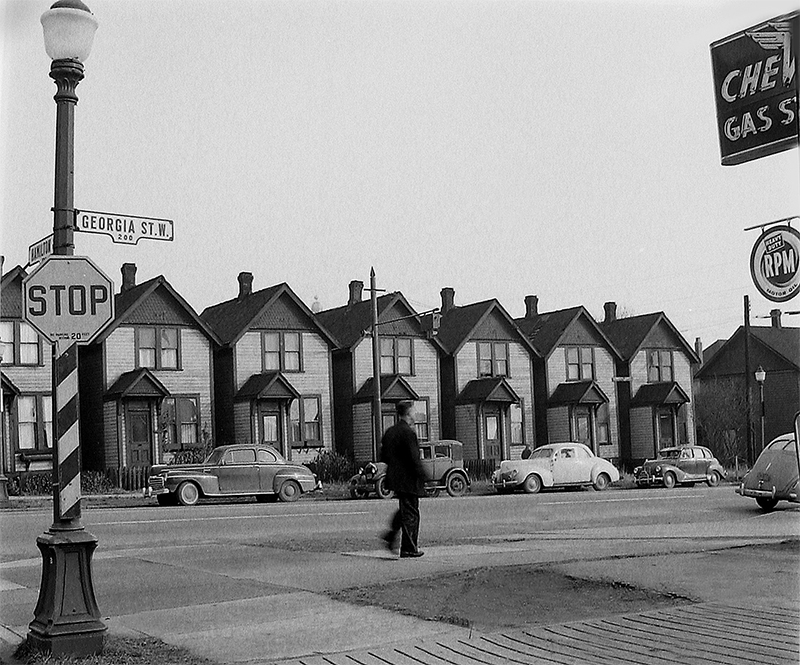 Edwardian-style housing in Vancouver in the 1950s that gave way to the new. Photo by Selwyn Pullan, courtesy West Van. Art Museum

The architects were breaking new ground, building homes that were radically different from the existing housing stock. In the process they created a new design genre that came to be known as “West Coast Modern.” The term is still used widely today more than half a century later and the post and beam construction is a well-known aesthetic for people who grew up on the West Coast. 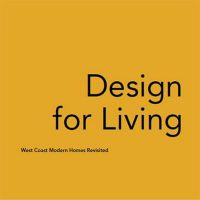 The genre is examined in a new book published by the West Vancouver Art Museum, Design for Living: West Coast Modern Homes Revisited, which provides essays and eight case studies by various writers about mid-century domestic structures that survived demolition.

Sadly, some of the best of the early West Coast Modern homes have been torn down due to the ongoing 21st century property boom sweeping over the Lower Mainland. One of the homes still standing and recently renovated is the Pratt Residence (1951), built by Charles (Ned) Pratt in West Vancouver for his family. The structure incorporated a new-fangled paneling of the time – plywood – to add strength and simple geometric configurations. “The light weight, low price and structural characteristics of plywood made it ideal for construction purposes,” writes Kiriko Watanabe, one of the book’s contributors. “Pratt’s innovations using this material would later be adapted in other modern homes on the West Coast.”

The Pratt Residence was featured in the popular lifestyle magazine, Western Homes and Living in 1952 and later again in 1960. The editorial suggested the design had only improved over the years: “Like violins, wine and fine leather, a house, too, matures with age. It reflects the changing mood of the times and mirrors the expanding interests and social activities of its owners. Under such circumstances, a house actually improves with the years: it gains in character, charm and beauty.”

The Pratt Residence was renovated more than 60 years later by Ned Pratt’s son Peter, like his father an architect. Using his 40 years of design experience, it took Peter Pratt five years to ‘refine’ his restoration plans and another three years of ‘trial and error’ to complete the project writes Kiriko. 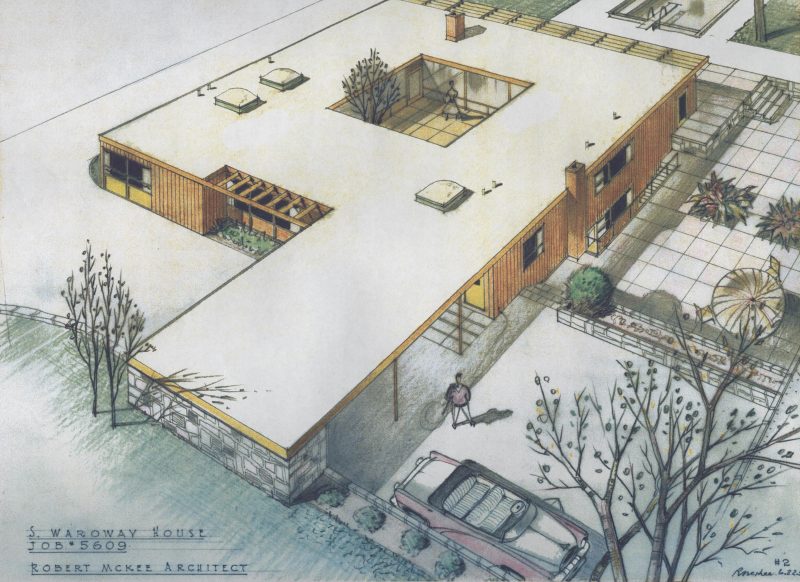 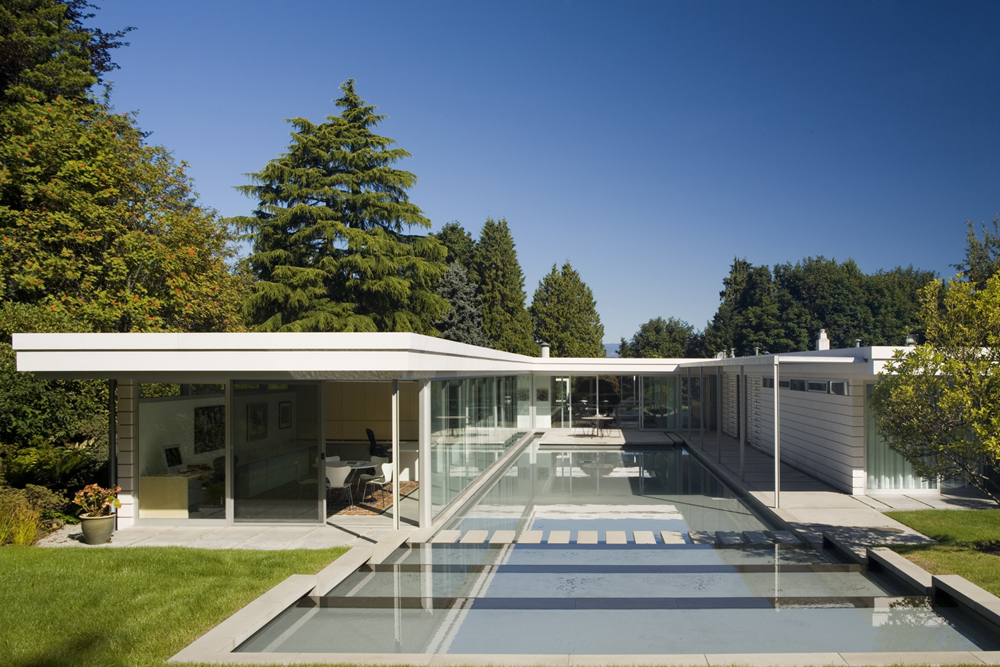 Another renovation case study is the Courtyard Residence, designed by Vancouver-born Robert McKee in 1956 on the University Endowment Lands near UBC. Originally known as the Stanley Woroway house, it was a single storey, square building with walls 60 feet long enclosing an open central courtyard. The house was bought by Marg and Bruce Stuart who understood its value as a modernist building.

Marg had studied interior design at the University of Manitoba, which has a School of Architecture known for embracing modernist ideas as well as producing some of Canada’s leading architects. “When she saw the Woroway house during a chance visit to UBC, Marg could see it potential and value as an example of West Coast modernism,” writes essayist Greg Bellerby.

The couple lived in the house with their sons for a couple of years before undertaking a major renovation, keeping the spirit of the original design. The old paved driveway was removed and the north part of the lot leveled to, create “a shakkei or ‘borrowed landscape,’ a term used to describe the principle of incorporating background landscape into the composition of a garden. In this case, the view includes Burrard Inlet, the North Shore Mountains and Bowen Island.”

Of special note is the installment of a reflecting pool between the two wings of the house, to which a terraced water feature was added and a small outdoor seating area to the north. The west wall of an addition to the house was floor-to-ceiling windows and included a galleria hung with artworks. “The house is thoroughly updated and contemporary, yet retains respect for Robert McKee’s original design, thus representing both the essence of mid-century modernism and the best of our current time,” concludes Bellerby.

Not to be overlooked, Greg Bellerby writes about ways the once derided “Vancouver Special” – a house type that began to appear in Vancouver in the early 1960s – can be appealingly renovated. Architect Stephanie Robb’s Lakewood Residence has won awards for its update. When Robb and her husband were taken to look at the house to see if they wanted to buy it, the real-estate agent was unusually negative. “People like you don’t like the aesthetics of these kinds of houses,” he told the couple. But Robb immediately saw the potential in the structure, realizing it would make a good redesign project. After buying the house, Robb completely gutted and reconstructed it. In 2005, the Lakewood Residence won the Lieutenant Governor of BC Innovation Award for Architecture. “Since the completion of this project, Vancouver Specials are now much more commonly renovated than demolished,” concludes Bellerby. “The Lakewood Residence was the first, and has been an inspiration to many architects, builders and homeowners.” 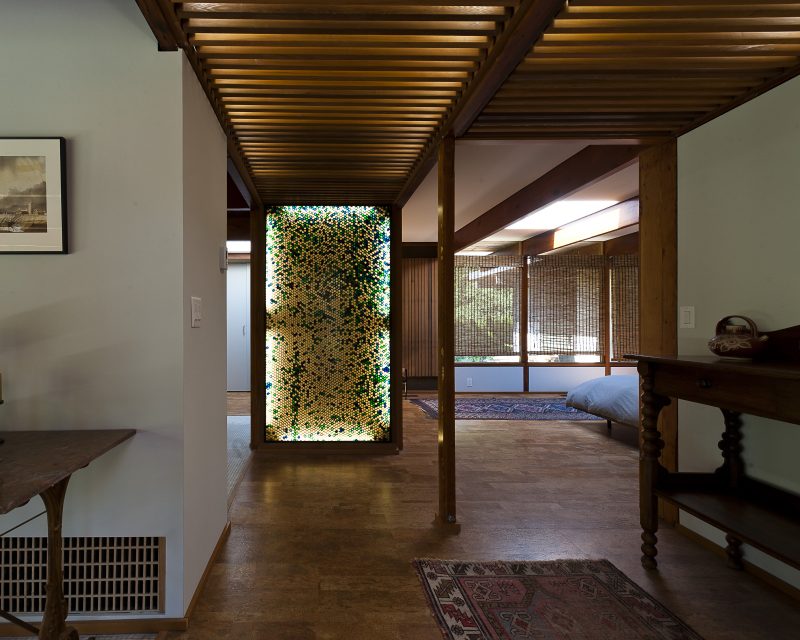 As architect-designed homes became less common by the mid-1960s, it seemed the ideals of modernism – “that architecture can and must assume a central role in construction and enrichment of the social order” – would become a thing of the past, notes Darrin Morrison, director/curator of the West Vancouver Museum in the book’s introduction. Not so, says one of the architects of Vancouver’s mid-century architectural renaissance, Barry Downs: “Modernism never really went away, it just evolved,” he told Morrison.

Design for Living backs up Downs’ assertion. Its eight case studies, says Darrin Morrison, “represent a spectrum of homes – some by well-known architects and designers and others by lesser-known builders – all of which have been lovingly, even passionately restored, updated and adapted to the needs of contemporary family life, while remaining true to the modernist spirit in which they were originally created.”
978-1-989236024