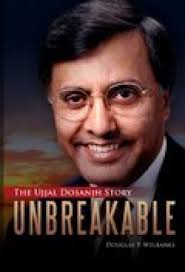 Dosanjh in his role as BC's Attorney General

B.C.’s premier from 2000 – 2001, Ujjal Dosanjh was born in a small village in Dosanjh Kalan, Punjab, India in 1947. He migrated to England at the age of 17 and moved again to Canada in 1968. He worked at a sawmill in Vancouver while studying political science at Simon Fraser University and later earned a law degree from the University of British Columbia. These seem like humble beginnings for a man who rose to hold the top political office in the province but Dosanjh was born into a politically active family as both his father and maternal grandfather were involved in India’s independence movement from Britain. Following in their footsteps, Dosanjh became involved in civil rights during his student years and never stopped. He hit the news several years after establishing a private law practice when he publicly denounced using violence in the campaign to secure an independent Sikh homeland in India. This followed from the terrorist bombing of Air India flight 182 in 1985. Dosanjh was beaten by a man with a metal bar outside his law office and almost killed. But he continued to speak out against extremism. A new book by Douglas P. Welbanks, The Ujjal Dosanjh Story Unbreakable (Chateau Lane/Sandhill, $19.95) chronicles his years as B.C.’s Attorney General when he battled for the rights of immigrant women, just treatment for farm workers and social justice, while standing against racial discrimination and religious persecution. Dosanjh served as a Member of Parliament for the Liberal Party from 2004 – 2011. 978-0-9784824-4-2