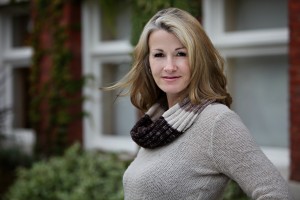 Alex Van Tol has the bit between her teeth. This spring the Victoria freelance writer and editor is releasing her ninth and tenth titles in less than five years, buy while continuing to work on an adult novel. In Chick: Lister (Orca $9.95), for 10-14-year-olds, Van Tol, a self-described ‘recreational list maker,’ has fashioned another very serious novel for young readers; this time about an over-anxious teen named Chick who feels burdened by his father’s overbearing and impossible expectations. Chick copes by making lists, lots and lots of lists. It helps a lot to have a budding romance with Audrey on his debating team, but her advice to simply confront his father is hard to take. Never concede defeat you’ve even raised your sword, she tells him. Her non-fiction title Aliens Among Us: Animals and Plants in British Columbia That Don’t Belong Here (RBCM $19.95), for 8-12-year-olds, is the first-ever children’s book from the Royal B.C. Museum. It identifies more than 50 species of animals and plants that have invaded British Columbia. Aliens 978-0-7726-6853-0; Chick 9781459810006