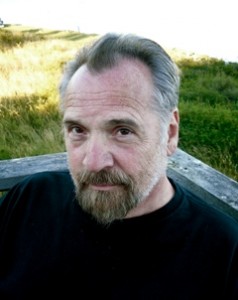 Set during the Vietnam War and the so-called counter-culture reaction, The Whale Chaser (Chicago Review Press $16.95 pb US) follows the life of Vincent Sansone, the eldest child and only son in a large Italian American family, who is a disappointment to his violent, fishmonger father in Chicago. Vince hightails it to Tofino where he first gets a job gutting fish, then joins the marijuana trade as a salesman for a dealer named Mr. Zig-Zag until his friendship with an Ahousaht aboriginal, Ignatius George, results in a job as guide for tours to see whales. The Vietnam War serves as a catalyst for Vince to consider the effect of “la storia segreta,” the unspoken story of how his grandfather, like thousands of other Italians and Italian Americans, was interned in a prison camp after the bombing of Pearl Harbor. The Whale Chaser explores the nature of sin, redemption, death, and resurrection through the perspective of Italian-Americans. Tony Ardizzone a native of Chicago, published six previous books of fiction, including In the Garden of Papa Santuzzu and Taking It Home: Stories from the Neighborhood. His writing has received the Flannery O’Connor Award for Short Fiction, the Pushcart Prize, the Chicago Foundation for Literature Award for Fiction and the Milkweed Editions National Fiction Prize, among other honors. He was living in Portland, Oregon when his novel partially set on Vancouver Island was published. 9780897339230