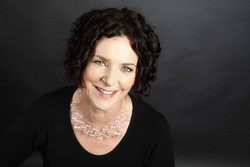 SFU Writer’s Studio will soon be marking its 15th Anniversary as a cauldron for literary activity in B.C.

As well as percolating a plethora of new authors in B.C. at a rate that belies its size, SFU Writers Studio co-hosts events with Vancouver Public Library such as a book club for writers.

New author Cathie Borrie will be featured in two upcoming events. The book club will focus on her book, The Long Hello, with Writer’s Studio grads facilitating questions to guide the discussion.

Later Cathie Borrie will talk about writing memoir in a lyrical form and handling subject material that moves back and forth in time.

Memory, My Mother and Me

Nothing prepared Cathie Borrie for living with her mother and attending to her mother’s onset of Alzheimer’s disease, even though Borrie had trained as a nurse in Vancouver and holds a Master of Public Health from Johns Hopkins University. Borris is a highly capable person, someone who also graduated from the University of Saskatchewan with a degree in law and has a Certificate in Creative Writing from the SFU Writer’s Studio. She eventually realized the best way to cope and to care was not to lead, but to follow. As she learned to accept the radical changes in her mother Jo’s personality and behavior, and even savour the intimacy that their shared journey afforded, Borrie began tape recording their conversations. She has incorporated some of their “wondrously poetic” dialogues for The Long Hello: Memory, My Mother and Me (Simon & Schuster $29.95), an encouraging memoir about dementia that will also serve as the basis for a stage play that Borrie is developing in conjunction with playwright James Fagan Tait. [Kimberly Mara Eclipse Photography] 9781476792514