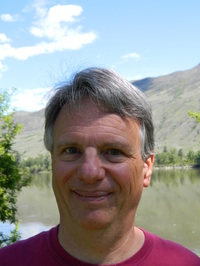 How Hope became An Activist (Dixi Books UK, 2020), a picture book for kids on the issues of sweat-shop labour and Fair-Trade clothing, written by Kamloops-based English professor and author, George Johnson (right), has been named a finalist for the Montaigne Medal in the U.S., competing with books in all genres.

The Eric Hoffer Award (named after the renowned American philosopher) presents the Montaigne Medal for the most thought-provoking books. These are books that either illuminate, progress, or redirect thought. 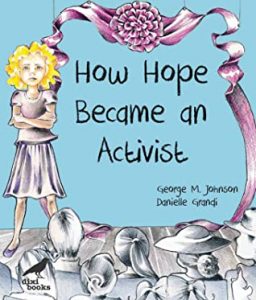 The Montaigne Medal is given in honor of the French philosopher Michel de Montaigne, who influenced people such as William Shakespeare, René Descartes, Ralph Waldo Emerson, Friedrich Nietzsche, Jean-Jacques Rousseau and Eric Hoffer.

Earlier this year, Johnson’s second picture book, Marisa and the Mountains (Simply Read, 2021) was selected as one of the Canadian Children’s Book Centre’s Best Books for Kids and Teens and is a starred selection, signifying “titles of exceptional calibre.”

Born in Hamilton, Ontario, George M. Johnson moved to Kamloops, B.C. in 1991, where he chairs the Thompson Rivers University English Department and teaches creative writing. He specializes in modern literature, particularly psychological approaches to it and the supernatural in it, as well as biography, playwriting, and screenwriting.

As a long-time chair of the Global and Community Action Committee at Kamloops United Church, Johnson is a social activist whose plays deal with some form of social justice. His screenplay “Peace Pledge” about Canon Dick Sheppard and the Peace Pledge Union in the 1930s was selected as one of 12 finalists for the Euroscript Screenplay Competition in the U.K. For his stories of positive change based on his social justice work over 30 years, Johnson received the Y.M.C.A. Peace Medal in 2019. 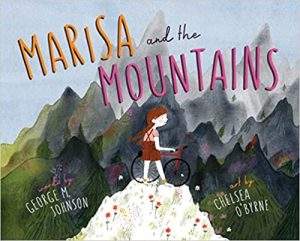 One Response to “TRU prof recognized for kidlit”