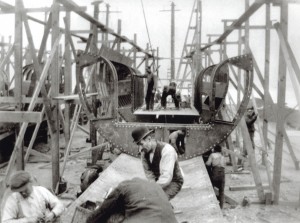 One Response to “We built submarines in Burnaby”