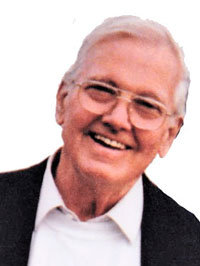 This year’s $2,500 BC Lieutenant Governor’s Medal for historical writing has been awarded to Anthony Kenyon (shown) for his comprehensive, self-published The Recorded History of the Liard Basin 1790-1910 (Fort Nelson News Ltd.). It was a runner-up for the Roderick Haig-Brown Prize earlier this year.

The Ormsby Review published an in-depth review of this book in December, written by George Szasz. On this site, visit:

The British Columbia Historical Federation introduced a new award this year, the Community History Award, and it went to Where Mountains Meet the Sea: An Illustrated History of the District of North Vancouver by Daniel Francis (Harbour).

The prizes were awarded on Saturday, May 27, 2017, at the Book Awards Gala at the Coast Hotel in Chilliwack, as part of the BC Historical Federation’s annual conference.

During that gathering numerous other citations and awards were announced:

Honourable Mention goes to the following:

The BC Historical Federation’s recipient of the 2016 Anne and Philip Yandle Best Article Award is Sidney Allinson. His winning article A Petticoat Army appeared in BC History, Vol. 49 No. 4 Winter 2016 and was selected from the 25 articles published in the magazine in 2016. Judges appreciated that the article covered a vast amount of information, which Allinson managed well. The article was well-written and presented in an interesting and inspiring storyline. One judge comments: “[the article is] very informative, interesting, well-written and well-researched article. I enjoyed this one very much.”

The November 2016 edition of the Vancouver Postcard Club’s quarterly newsletter, Postview is the 2016 winner of the BC Historical Federation’s Best News and Media Award. The award is presented to the BCHF Members Society who has produced an exemplary news and media resource such as a newsletter, blog, social media campaign, video, podcast and the like.

The judges found that Postview was a very informative newsletter that effectively highlights the activities and news of the club, while providing resources and historical information on the topic of postcards and postcard collecting.  View the newsletter online.

Each year the BC Historical Federation accepts nominations for the Best Website Award. The award honours individual or group volunteer efforts in website writing and presentation on a topic pertaining to British Columbia’s history. The award is endowed by David Mattison.

This year, the prize goes to Mary-Leah de Zwart, Linda Peterat and Mary Gale Smith of the BC Food History Network for their innovative, well designed and accessible website. The site is dedicated to sharing the history of food, food preparation and the history of food culture in BC. One judge comments: “I like that they have resources for teachers as well as the history of non-dominant cultural groups’ foods, such as ooligan. This shows the breadth of BC food and its uses”.

The BC Historical Federation’s Certificate of Appreciation is presented to long-serving members of the BCHF who have given exceptional service to the organization. This year’s recipient is Glennis Zilm who has worked tirelessly for the organization as a member of the BCHF Advocacy Committee.

BC Historical Federation’s Certificate of Recognition is presented to individual members of BCHF Member Societies who have given exceptional service to their organization or community either for a specific project or for long service in the preservation of British Columbia’s history. This year, the BCHF has honoured three such individuals: Bob Hayes, Jonathan Ambler and the Librarians of the BC Genealogical Society, 1971- present.

Colin Basran, mayor of Kelowna writes: “Bob’s involvement helps generate a keener understanding of who we are by delving into our past. For more than 40 years Bob Hayes has provided both leadership and wise counsel as we unfold the layers of our City and region.”

Jonathan (Jon) Ambler has been selected for an award of Recognition from the BC Historical Federation for his tireless work as Program manager and Volunteer Coordinator for the Comox Air Force Museum and his involvement in researching and promoting BC’s aviation history.

Jon has relentlessly pursued the improvement of the Comox Air Force Museum’s programs working with other museums and associations gathering ideas and networking. A historian, he holds speaking engagement at various venues in the Comox Valley and has contributed to the Museum’s displays and publications. Ambler’s dedication to history has made him an innovator and change-maker in the field and a key player in the establishment of a Comox Valley Museum Association.

Librarians of the BC Genealogical Society, 1971- present

A BC Historical Federation award of Recognition acknowledges the efforts of the librarians who have created and served the BC Genealogical Society’s library from 1971 to the present. Over a period of 46 years, twelve librarians have guided the society and grown one of the province’s premier genealogical libraries. The library consists of unique materials from around the world including 16,000 volumes, 700 periodical titles, 156+ directories and telephone books and 6,000 microforms.

Over the years, the librarians have provided exceptional service to family and British Columbia historians. Not only do they oversee a collection, they research groups, cemetery finding aids and hold events that welcome the public.

Each year the BC Historical Federation presents up to two Certificates of Merit to groups or individuals who have made a significant contribution to the study or promotion of British Columbia history. The award may be for an individual project or for an activity over time. The Recognition Committee has selected two individuals for awards this year: Robert Turner and John Horton.

An acclaimed authority of British Columbia transportation history, Robert D. Turner is most deserving of an Award of Merit from the BC Historical Federation.

The nomination letter written by Barry Gough reads: “Robert Turner is an internationally recognized historian in the fields of technology and transportation especially in regards to British Columbia in the 19th and 20th centuries. He has written extensively on railways, steamships (coastal and oceanic) and sternwheelers, and steam tugs of British Columbia and the Yukon. An outstanding photographer and a generous collaborator in historical enterprises, he is also a valuable heritage consultant.”

John Horton is a recognized naval artist whose work contributes to our historical understanding and interpretation of British Columbia’s naval history. Horton has created over 50 paintings of Captain Vancouver’s voyages along the west coast from Washington to Alaska. His design graced the Royal Canadian Mint’s 5 ounce gold coin in 2013, and in 2016 Horton was one of four people presented with an award for outstanding achievement in BC’s maritime sector from the Maritime Museum of BC.