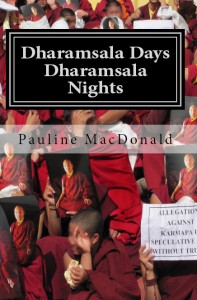 Pauline MacDonald is the pseudonym of an independent researcher. Her first book, Dharamsala Days, Dharamsala Nights ($19.95) is an account of life in the Tibetan refugee community in India where new refugees face discrimination and deportation. Since the late 1980’s, Pauline independently studied Tibetan issues. Between 2003 and 2012 she spent a total of three years in the Tibetan exile community of Dharamsala, India, where her interest in the community’s poorly documented social problems culminated in her researching and writing Dharamsala Days, Dharamsala Nights. In order to protect her sources, Pauline has chosen to release few biographical details. 9780992132002