Asia's major rivers rise in Tibet and more than 1 billion people depend on their waters. But catastrophic ecological damage is threatening Tibet's water sources. 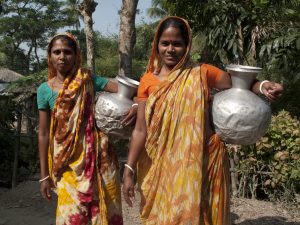 B.C.’s Michael Buckley has edited a collection of quotes from the Dalai Lama that calls for environmental preservation, particularly in Tibet.

Little noticed by big media and world politicians, Tibet is facing a catastrophic climate emergency. Public attention has been captured by the overall world climate disruption, which is itself a severe problem.

A new book with 80 inspiring quotations from His Holiness the Dalai Lama, matched with 120 photographs from a dozen professional photographers — all curated and edited by Tibet expert and travel writer Michael Buckley — presents an approach to dealing with all the urgent issues of climate change.

Michael Buckley splits his time between his home in B.C. and Asia.

Also from B.C. is photo contributor Pat Morrow who is based in Invermere. Morrow first spotted Tibet from the summit of Mount Everest, near the culmination of the 1982 Canadian mountaineering expedition. Since then, he and his wife Baiba have frequently trekked, climbed and traveled throughout the Tibetan diaspora in the Himalaya. 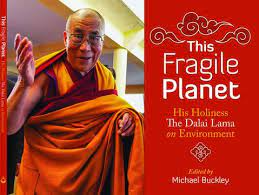 This Fragile Planet: His Holiness the Dalai Lama on Environment (Sumeru USD$34.95) is due out in September, 2021.

BCBookLook: How did you get involved with HH Dalai Lama and Tibet?

Michael Buckley: I traveled extensively in Tibet to write the first guidebook about the region, published in 1986 by Lonely Planet. That sparked my life-long interest in the country, particularly regarding its environmental issues because I saw the destruction with my own eyes. I first interviewed HH Dalai Lama in 1989, the same year he was awarded the Nobel Peace Prize—the first ever awarded for advocacy of environmental protection. I have kept in contact with the private office of His Holiness since then and have visited Dharamsala many times for research.

BCBL: Why did you edit This Fragile Planet and why now?

MB: Since 2020, we have seen tremendous changes happening across the globe—and not just due to the Covid-19 pandemic—because of the extreme weather events and the acceleration of the destruction of valuable ecosystems, particularly on the Tibetan Plateau, which is known as the Third Pole due to its large store of permafrost, snow and ice. All of which is melting at a rapid rate, with potentially disastrous consequences. 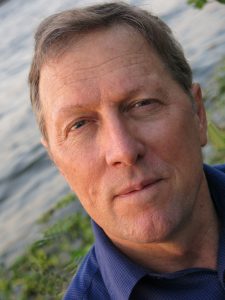 BCBL: What can Tibetan Buddhism contribute to the climate crisis?

MB: Tibetan Buddhism is actually more a philosophy than a religion. It is primarily a belief system based around respect for all living beings and the concept of compassion, providing a code of ethics to live by. The problems that we face—ecosystem collapse, climate change, biodiversity loss—cannot be solved by science. What is desperately needed is a shift of consciousness to tackle climate change. We need to develop deep respect for Mother Nature, wildlife—and all sentient beings. The concept of sacred landscape has been a backbone of Tibetan Buddhism for over a thousand years.

BCBL: What are some of the major environmental challenges facing Tibet today that are discussed in the book?

MB: There are so many negative impacts happening in Tibet that it’s hard to know where to start. I could point the finger at China’s destruction of major rivers due to colossal mega-dams, the complete deforestation of eastern Tibet, and the relentless mining underway across Tibet that is wrecking the vast grasslands. And yet much of this goes unnoticed—and Tibet is not part of the global conversation about climate change issues.

China is by far the leading global emitter of carbon dioxide, and this, along with black soot, is causing Tibet’s glaciers to melt faster. But the global carbon calculations do not even factor in something else: permafrost. Tibet has the largest store of permafrost outside the Arctic and Antarctic, and the permafrost is thawing, which releases trapped Methane—a greenhouse gas reckoned to be 30 times more powerful than carbon dioxide in its impact.

BCBL: Why is Tibet so important for the whole of Asia?

MB: In a single word: WATER. Eight major river systems of Asia are sourced in the Tibetan highlands. This is about food and water security across Asia. As the majestic glaciers of Tibet melt down, this will lead to flooding downstream initially. And if the glaciers melt away and disappear, this will lead to complete collapse of ecosystems. Not helping matters is China’s reckless damming of the rivers of Tibet. China’s 11 mega-dams on the Mekong River in Yunnan are leading to the collapse of Lake Tonle Sap fisheries in Cambodia. And also leading to the collapse of rice production in Vietnam’s Mekong Delta, which is its main rice-basket. Sediment blocked by Chinese mega-dams results in slower flow on the Mekong river, for instance, which means greater saltwater intrusion in Vietnam, and that means the end of crops. 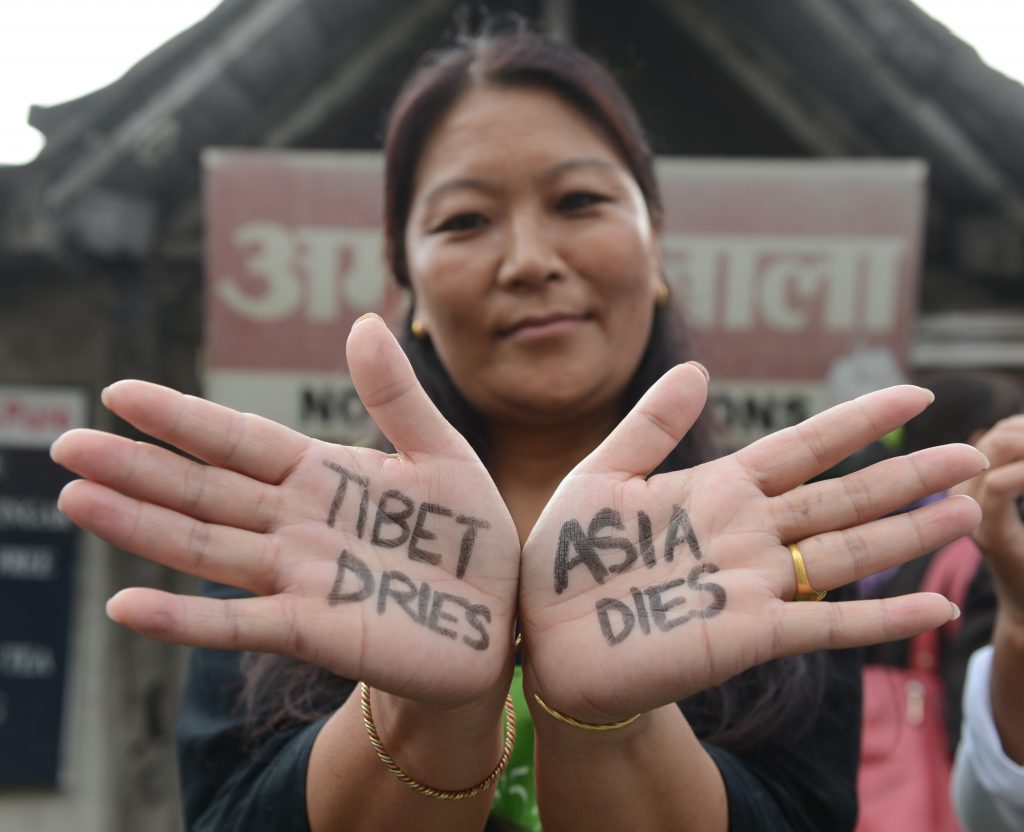 A woman participates in the global climate strike in McLeod Ganj, India in 2019. Photo by Lobsang Wangyal.

BCBL: Outline a few of the ways the Dalai Lama offers to save the planet.

MB: HH Dalai Lama has been a strong voice for environmental activism for decades—and for world peace and religious tolerance. The values that he consistently promotes—secular ethics, compassion, world peace, warm-heartedness, universal responsibility, and working together globally—are essential to our survival. In 2019, he launched the SEE Learning Curriculum, in co-ordination with Emory University. SEE stands for Social, Emotional and Ethical Learning. This is a dream he has long cherished: to see youth engaged in education of the heart as well as the mind. Science without ethics does not proceed well.

BCBL: Anything else that you particularly want to add?

MB: If anyone is keen, they could consult my digital photobook, Tibet, Disrupted available for download on Amazon and Apple Books platforms. This is a comprehensive 430-page rundown on the geopolitical hot potatoes of the region. Also, the publisher link for This Fragile Planet is: www.Sumeru-books.com. 978-1-896559-73-5