The sawmill that became a city

A sawmill built by Captain Edward Stamp in 1868 on Burrard Inlet's south shore was the starting point for what became the City of Vancouver. 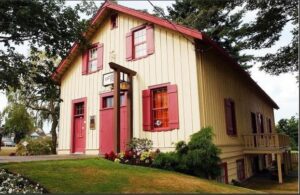 In 1930, the old Hastings Mill store was barged to the foot of Alma Street and is now a museum.

Later called Hastings Mill, a company town grew up around Captain Stamp’s venture when he built a store to supply his workers.

A glimpse westward from the Ironworkers Memorial Second Narrows Crossing reveals massive orange cranes hoisting containers at the Port of Vancouver terminal, a fortress of glass towers that mark Canada’s highest density and Stanley Park’s green forest rising above Burrard Inlet. Earliest European Vancouver was forged right in the centre of this view, at a small sawmill plunked atop pilings, surrounded by seemingly endless stands of timber.

In 1865 Captain Edward Stamp built his mill on 100 acres leased from the Colony of British Columbia (at 1 cent per acre). The Colony was all about expansion (at the expense of original inhabitants), and the mill’s cutting rights eventually extended up the coast. Water for its boilers splashed down a wooden flume from Trout Lake, often prone to freezing in winter. Sparing no expense, Stamp also commissioned a 146-foot steam tug to work the water. A store was added in 1868 to supply mill employees – from ham to horseshoes and seaman’s biscuits. Separated by race and class, most lived on mill property, although Indigenous people weren’t permitted to live there. Some dwelled beside the mill at a seasonal encampment of the Squamish people called Kumkumlye, meaning “Maple Trees.”

Stamp failed during a previous attempt at Port Alberni mill due to strong resistance from the Tseshaht people. He brought along two cannonades to this new venture, just in case. His only competition came from Sewell Moody’s more efficient mill at Moodyville on the North Shore. However, Stamp ran his mill deep into debt and the search began for new owners and a capable manager. (The mill later became known as Hastings Mill when nearby New Brighton changed its name to Hastings.) 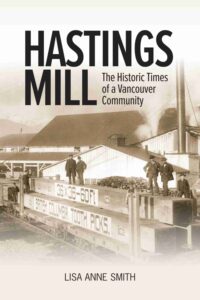 Lisa Anne Smith’s finely researched Hastings Mill: The Historic Times of a Vancouver Community (Ronsdale Press $24.95) is bursting with characters set against Vancouver’s defining moments. Her interest was kindled by the late historian Chuck Davis after hearing him speak at the Old Hastings Mill Store Museum: “I knew that I was going to become involved – hook, line and sinker – with Vancouver’s oldest surviving building and its remarkable past,” she says. Ms. Smith is a member of the Native Daughters of B.C., the group that rescued the iconic Old Hastings Mill Store from demolition in 1930, barged it to the foot of Alma Street, winched ashore and turned into a museum.

Hastings Mill’s story includes the Great Fire of 1886 that devoured nearby Granville in about 45 minutes. Survivors congregated at the Hastings Store, the only building left standing. A plea from the mayor was carried on horseback to the telegraph at New Westminster: “To Sir John A McDonald. Our city is in ashes, three thousand people homeless, can you send any government aid.”  Hastings Mill manager Richard Alexander offered free wood for people to rebuild, and merchandise from the store; his wife Emma spearheaded a Women’s Relief Committee. Within six weeks the feisty frontier town had been rebuilt, destined to eclipse New Westminster and Victoria.

The mill was highly profitable, shipping lumber to Chile, Australia, Shanghai and other international markets. A schoolhouse was built in 1872, and Granville post office opened at the store two years later. Countless sailors came ashore – many drawn to nearby saloons and brothels; by 1881 there was also a campaign underway to build an Anglican church. The townsite around the mill expanded, CPR expansion was looming and land speculators weren’t far behind. 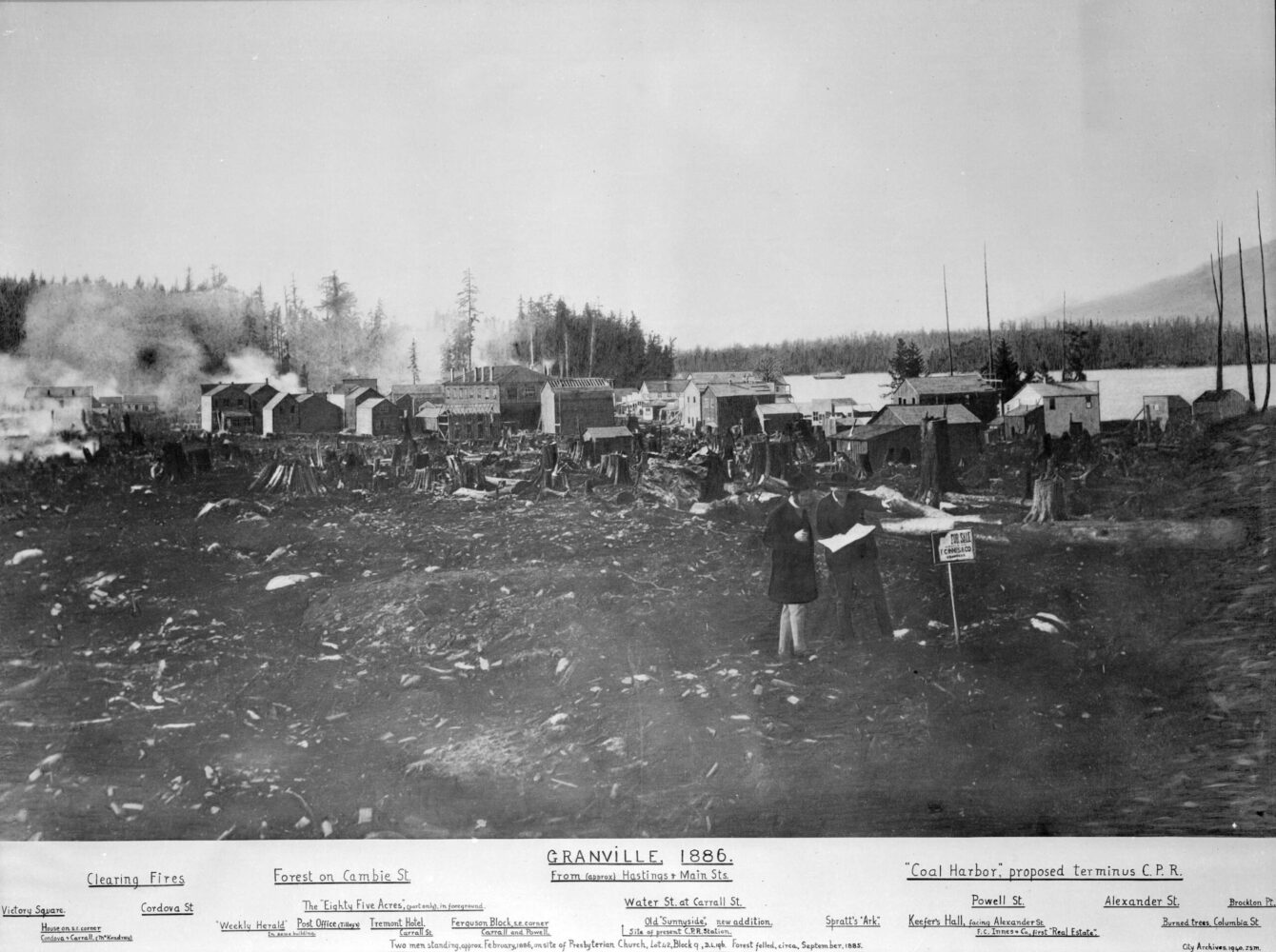 The townsite that grew up around the Hastings Mill c. 1886 that was soon to burn to the ground. Courtesy Vancouver Archives.

The mill burned down and was rebuilt. Innovation in mill technology and the transition from oxen to labour-saving steam donkeys are thoroughly detailed, as is the genesis of healthcare for coastal loggers when a hospital was built at the company’s lumber camp at Rock Bay, north of Campbell River. There are walk-on appearances by newspaperman and future premier John Robson, Joe Fortes, the CPR’s William Cornelius Van Horne, John Deighton aka Gassy Jack (whose statue was recently toppled in Gastown), the city’s first mayor Malcolm MacLean and future lumber magnate H.R. MacMillan. Jericho Charlie delivered goods from the Hastings Store to logging camps aboard his giant Squamish freight canoe. The store manager Calvert Simson became fluent in the Chinook trade language and was invited to one of the last potlatches before they were banned.

The implications of Vancouver’s growth for Indigenous people are very much on the periphery of the Hastings Mill story – indeed, for most of BC’s pioneering history. Lisa Anne Smith recognizes this and concludes with an interpretation of what life may have been like at Kumkumlye, before a “cantankerous” Captain Edward Stamp arrived. “Widely diverse cultures were about to collide full force and, for the original inhabitants of Kumkumlye and other Indigenous communities, life would be drastically altered.”

Book proceeds will benefit the Friends of the Old Hastings Mill Store’s efforts to maintain and further restore the museum. 978-1-55380-641-7 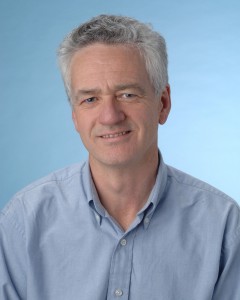 Author/co-author of four books and former host of CBC Radio’s weekday show, BC Almanac, Mark Forsythe frequently writes about history for BC BookWorld and sits on the council of the BC Historical Federation.