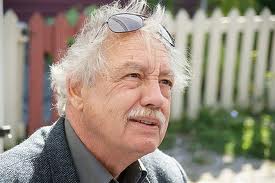 In the sixth crime novel in William Deverell’s series featuring defence lawyer Arthur Beauchamp, Sing a Worried Song (ECW Press $24.95), we revisit the one time in Beauchamp’s career when he restlessly decided to switch sides and serve as a prosecutor. When a young man was charged with murdering a clown, Beauchamp was confident he could prove Randolph Skyler was guilty. Meanwhile his own personal life was coming apart… Beauchamp cannot forget this case, not even years later when he’s happily remarried and retired to Garibaldi Island on the West Coast. The past comes back to bite him, with a vengeance.

Born in Regina in 1937, Bill Deverell is a criminal lawyer and former president of the B.C. Civil Liberties Association. He started practicing law in B.C. in 1964. Deverell is now most widely known for writing the pilot episode for, and also co-creating, the CBC-TV series Street Legal that was based on his novel, Street Legal: The Betrayal (1995), featuring young Toronto lawyers in the offices of Robinovitch, Barr, Barr, Tchobanian. The syndicated series ran in Canada from 1986 to 1994. It has aired in more than 50 countries.