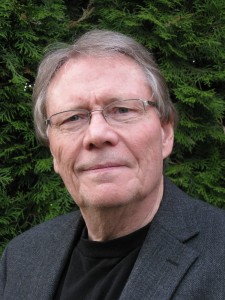 Eric Jamieson has written an important history of The Native Voice newspaper, a hugely influential periodical about the fight for civil rights for First Nations people in British Columbia. His book, The Native Voice: The Story of How Maisie Hurley and Canada’s First Aboriginal Newspaper Changed a Nation, recalls how Haida elder Alfred Adams, the founding president of the Native Brotherhood of British Columbia (NBBC), implored Welsh-born Maisie Hurley to carry on his work when he was dying of cancer in 1945. With $150 of her own money, Hurley started a The Native Voice newspaper as a catalyst for change, having already been a volunteer advocate for First Nations clients in court even though she did not have a law degree. She continued to serve as the unpaid publisher for The Native Voice after it became the official newspaper of the NBBC. The Native Voice was integral to the post-war fight for the right of First Nations people to vote provincially (in 1949) and federally (in 1960). For her dedication to improve the lives of “my people,” Hurley was honoured through naming ceremonies in the Skeena, Squamish/North Vancouver and Comox areas.