The Found and The Made 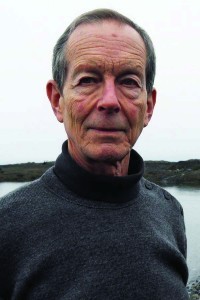 Born in San Francisco, California in 1945 and educated at University of California, Dan Bruiger immigrated to Canada via Quebec City in 1969 and arrived in British Columbia in 1970. Since 1985 he has lived on Hornby Island, B.C. He is an independent scholar and amateur astronomer who is active in the movement for local autonomy and sustainable living. His new book is The Found and the Made: Science, Reason, and the Reality of Nature.(New Jersey, USA: Transaction Publishers, 2015). Intended to fill a void between popular science writing and philosophy, Buiger’s new book, due later this year, is intended to appeal to naturalists, environmentalists, science buffs, professionals, and students of cultural history, evolutionary psychology, gender studies, and philosophy of mind.

According to the publisher: “This book critically examines how mathematical modeling shapes and limits a scientific approach to the natural world and affects how society views nature. It questions concepts such as determinism, reversibility, equilibrium, and the isolated system, and challenges the view of physical reality as passive and inert. Dan Bruiger argues that if nature is real, it must transcend human representations. In particular, it can be expected to self-organize in ways that elude a mechanist treatment.

“This interdisciplinary study addresses several key areas: the “crisis”in modern physics and cosmology; the limits and historical, psychological, and religious roots of mechanistic thought; and the mutual effects of the scientific worldview upon society’s relationship to nature. Bruiger demonstrates that there is still little place outside biology for systems that actively self-organize or self-define. Instead of appealing to “multiverses”to resolve the mysteries of fine-tuning, he suggests that cosmologists look toward self-organizing processes. He also states that physics is hampered by its external focus and should become more self-reflective. If scientific understanding can go beyond a stance of prediction and control, it could lead to a relationship with nature more amenable to survival.”

The Found and the Made was preceded by Second Nature: the Man-made World of Idealism, Technology, and Power (Victoria, BC: Trafford/Left Field Press, 2006).