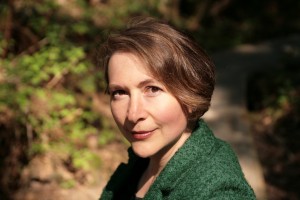 Rachel Rose was appointed Poet Laureate of Vancouver for 2014-2017 on the strength of her relatively small but distinguished output that has been accorded numerous awards and critical acclaim.

Now she has received her second Pushcart Prize for a poem in her fourth collection, Marry & Burn (2015). The winning poem ‘White Lilies’ appears in a re-titled version with Marry & Burn as ‘Living on Islands I’. [See below]

Awarded since 1976 from the U.S., a Pushcart Prize honours the best “poetry, short fiction, essays or literary whatnot” published by small presses over a preceding year.

Described as “a searing collection of poems on the subjects of love, loss and addiction,” Marry & Burn goes beyond intimate struggles to subjects that include the unexpected heartache of losing an entire hive to the global bee epidemic and the reconciliation process to heal the wounds of racism for Canada’s First Nations constituencies.

Easily one of the most important poets to emerge in B.C. in the early 21st century, Rachel Rose has also won the Pat Lowther Award and the Audre Lorde Award for her third collection, Song & Spectacle (2012). Rose was also the librettist for an opera about forbidden love and fundamentalism, When the Sun Comes Out. It premiered in Vancouver in 2013 and was remounted in Toronto in 2014. A dual Canadian/American citizen, Rachel Rose was born in Vancouver in 1970. She has returned to Vancouver with her family after many years in Seattle, Montreal, and Japan.

It is hard for the dying to leave us.

We make it hard for them. So they wait

for us to step outside before they cut

the cord. So the baby

in the cabin, lungs full of staph

who had been fighting the infection

for long nights and days

waited until his mother went out

to chop firewood before he sighed

and stilled. How can I forget her

running across the wet pasture

with his body in her arms

as though my mother were a witch

who could bring back the dead?

I picked the thick white lilies from our garden

for his grave but was not permitted to the place

where the mourners gathered. Instead I waited

in the silent house, unfolded

the image of his mother

with her hair wild as the wind

and the weight of him in her arms

a stone, a feather, a sunflower

as my mother rose to meet her

or what I have imagined, the map of memory

like a star repeating its trajectory into the sea

the girl who could never forget

and the father who did not yet know

coming up the gravel driveway

with a shovel over his shoulder

whistling, kicking the mud off his boots

before he opened the door.