The big conundrum: Water and China

Canada and China share serious dysfunctions in water management and governance. Can they cooperate? 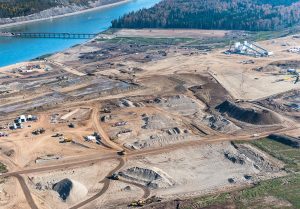 Robert Sandford leaves no stone unturned in his assessment of crises emerging in freshwater and marine systems in China, Canada, and beyond.

What can Canada learn from the water crisis emerging in China? Why should we care about far-flung water issues on the other side of the globe? And, is Canada in a position to intervene with solutions and answers to water problems in China and elsewhere, when conditions in our own “water house” are themselves deteriorating?

These are the core questions that author Robert Sandford — a tireless, passionate Canadian water leader and advocate — grapples with in the latest of his Rocky Mountain Books pocket-sized manifestos on the massive linked water, climate, and energy challenges of the 21st century. In Quenching the Dragon, Sandford starts from the premise that “as China goes, so goes the world.” He seeks to unpack what China’s water issues mean in the global context; and analyzes Canada-China water issues and relations in light of China’s economic development and water management approaches.

Part travelogue, part essay, part invocation to action, this book follows Sandford on two separate journeys from his hometown of Canmore, Alberta, to the Chinese cities of Tianjin and Guizhou, for conferences and meetings of the InterAction Council and Chinese authorities. Sandford acts as a water advisor to the InterAction Council, an independent non-profit organization that brings together former world leaders to mobilize and develop recommendations, and foster cooperation for positive action around the world.

In Chapter 1, we find Sandford on the long plane ride from Canada to China, during which he offers a wide-ranging commentary on the water issues sweeping across the globe. From the collapse of fisheries, to mega dam construction, to lake eutrophication, to weather modification and ocean acidification, Sandford leaves no stone unturned in his assessment of the water crises emerging in freshwater and marine systems in China, Canada, and beyond.

And, as Sandford articulates so well: looming behind all of these issues is the “threat multiplier” of climate change. Through this book, Sandford drives home the message that it is through water that humanity will feel the brunt of climate change. He stresses the urgency of awakening to the fact that hydrologic stationarity is a thing of the past—there is simply no new normal. He warns that we are living on borrowed time: that the reduction in our planet’s potential to sustain human activities is being temporarily masked by technological innovation. 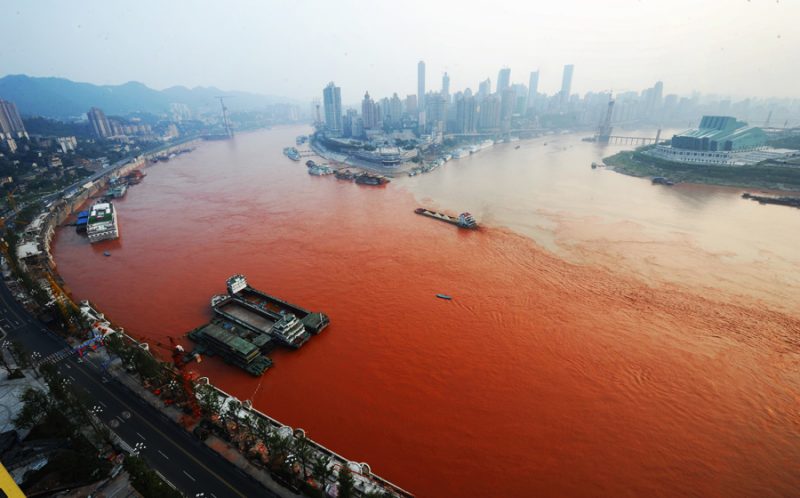 The Yangtze River in the city of Chongqing, September 6, 2012. ChinaFotoPress

For some readers, the book’s opening narrative of “crisis” may be overly packed with doom-and-gloom. And yet, Sandford is not being alarmist: he is simply laying bare the magnitude of global freshwater challenges from which most Canadians tend to feel sheltered.

Sandford does not mince words in his characterization of China as “an environmental threat to itself and to the world” (p. 50). And indeed the statistics he references to this end tell a shocking tale: from the fact that ten percent of the flow of the Yellow River is sewage; that China is home to sixteen of the world’s twenty most polluted cities; to the staggering figure that 190 million Chinese get sick from contaminated drinking water each year. Sandford leaves no doubt that China’s current trajectory is simply unsustainable.

Even while painting this grim picture of China, Sandford does not put Canada on a pedestal. A core thrust in this book is that the respective freshwater landscapes in Canada and China are not as diametrically opposed as many people may think. Both nations share serious dysfunctions in water management and governance, including issues of social injustice surrounding large dams and Indigenous populations; exploiting water resources for commercial gains (think: bottled water) at the expense of ecological health; and flagrant overconsumption. Sandford points to examples of local Canadian water innovations from coast-to-coast, but debunks any notion that Canada is immune to water challenges or setting a model example. 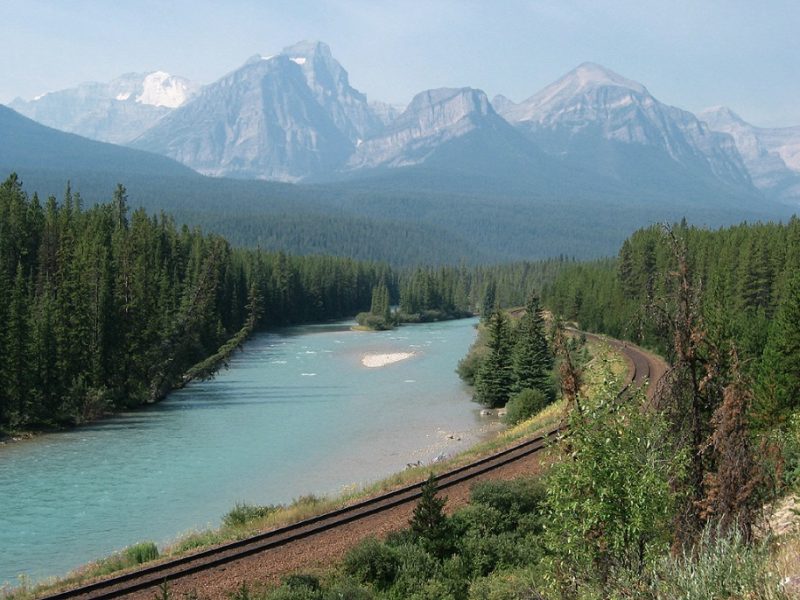 Quenching the Dragon challenges readers to think of water as a global issue with profoundly local consequences. Sandford reminds us that what happens to water elsewhere on the planet — even if it seems impossibly distant — can have real impacts on lakes, rivers, and streams in our home watersheds. As one example: carcinogenic toxaphene hailing from Chinese coal production has been found in the snow of the icefields as far inland as the headwaters of the Bow River in the Canadian Rockies. Sandford compels Canadians not to be complacent and lose sight of this bigger global picture.

In tackling a sprawling topic, Quenching the Dragon is less focussed than its companions in Sandford’s remarkable list of publications. Not only does Sandford introduce an extensive suite of water issues, the book also ranges to a wide array of issues, geographies, and concepts. An entire chapter, for instance, looks at the geopolitics of US-China relations; and the book’s middle chapter includes a foray into geopolitics, the global financial crisis, security issues, and instability and water issues in the Middle East. 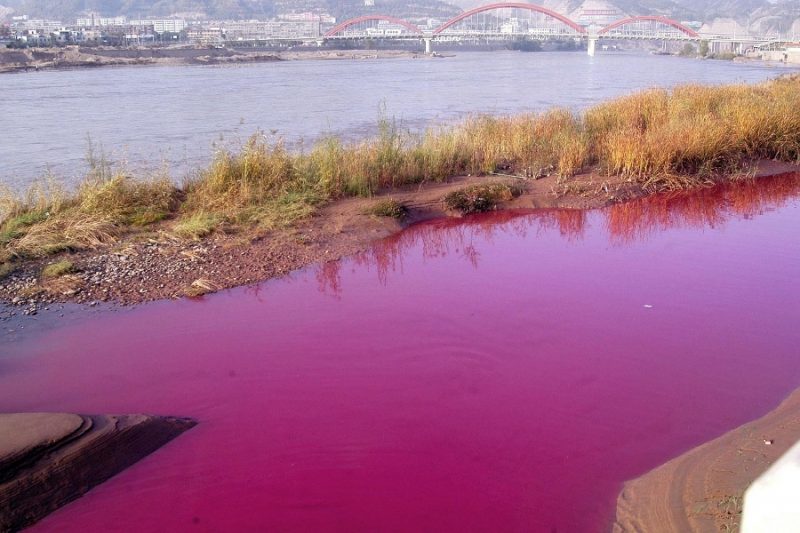 A section of the Huanghe (Yellow) River in Lanzhou, October 2006. A pipeline released red sullage into the river. China Daily photo

While a valuable addition to the mounting calls for a new approach to fresh water, my main comment is that Quenching the Dragon encompasses too broad a subject range for the book’s compact format. By ranging into several side-channels and tributary topics, the “mainstem” of Sandford’s argument concerning Canada-China water issues becomes diluted. Readers with less familiarity in water in management and governance may become lost, or find themselves wanting more details on the range of topics introduced. 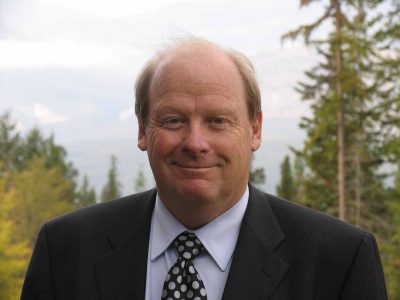 Returning to Quenching the Dragon’s core question of whether Canada can — and should — help China more wisely manage its waters, Sandford himself seems conflicted, offering contradictory ideas. From the bold statement that “We have to help China restore its environment, because if we don’t … the Earth system could change states or even collapse” (p. 147), to the more muted and cautious remark that, “We would be wise to get our own water house in order before we worry about the needs of our thirsty neighbours down south….” Similarly, he suggests, “Developed countries are in no position to tell developing countries what to do. The only thing we can do is set a better example” (p. 27).

Therefore it is not clear where Sandford ultimately lands on this question. No easy solutions exist, but Sandford pushes readers’ thinking around what Canada’s responsibilities are in the global context to demonstrate freshwater leadership and intervene (or not) in other nations’ water crises.

Sandford’s sense of urgency and dwindling hope for future sustainability ring clear in Quenching the Dragon. And, reading this book on the heels of devastating fire, flood and drought seasons of historic proportions in British Columbia, it’s easy to see why. The book concludes, however, with a glimmer of hope: a reminder of water’s power as a unifying force; of the existing capacity in Canadian and Chinese water sectors to innovate solutions; and a call for a “new hydrological society” based on cooperation from the global down to local levels, leaving no one behind.

As in his past books, Quenching the Dragon showcases Sandford’s ability to synthesize complex topics and compel others to action. This book is a welcome addition to the dialogue on global water sustainability and Canada’s role in a changing water world. 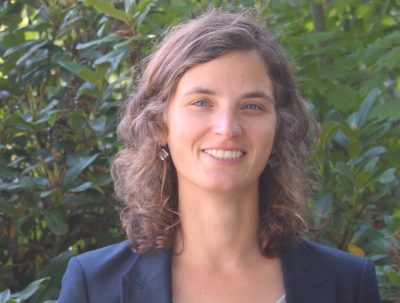