The Belle of Mauchline 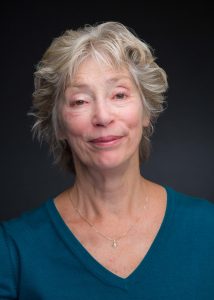 Melanie Murray’s first book, For Your Tomorrow (Random House), is about the life and tragic death of her nephew, a Canadian soldier, who was killed in Afghanistan in 2007. She wrote the book in order to understand why her nephew, an affluent Ph.D candidate and student of Buddhism, was compelled to join the military and risk his life in Afghanistan.

In Melanie Murray’s forthcoming second book, Should Auld Acquaintance (Nightwood 2017), Robert Burns’ “Belle of Mauchline” will be given a voice in a lyrical and intimate depiction of the life of Jean Armour, known mainly as the wife of the famous poet and mother of nine of his children. Murray’s biographical approach describes a talented farmer, a forbidden affair and the tumultuous life of an 18th-century Scottish woman.

Melanie Murray is a professor of literature, composition and creative writing at Okanagan College in Kelowna. She holds a BA, BEd and MA in English, and a Graduate Certificate in Creative Writing.