Take a licking; keep on ticking 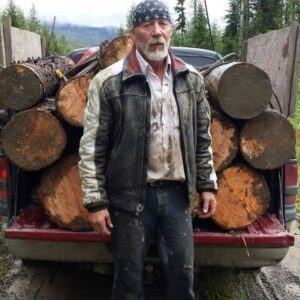 A rural British Columbian through and through, Kelly Randall Ricketts has worked in construction, logging, heavyweight boxing, fish guiding and performing country music among many other jobs. He loves the outdoors and frequently hunts (often with a bow) and fishes. Throughout his highly active live, Ricketts has had so many close calls that he considers himself lucky to still be alive to tell the tales. Like when he accidentally drove a bulldozer, sparks flying, over a stack of dynamite. Or the time Ricketts and a friend had to change a flat tire on a remote logging road while an angry grizzly bear approached them. Or taking on three Hell’s Angels (armed with knives) by himself while working as a bouncer. Ricketts may have been a mumbler and stutterer as a kid, but he knows how to tell a good yarn and he shows it in his book of short stories about his life encounters in One Inch from Disaster: True Tales from the Wilds of British Columbia (Harbour $ 22.95). 978-1-5507-926-2