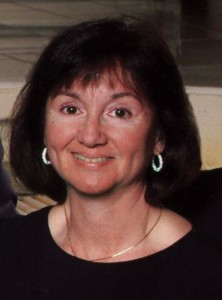 The husband-and-wife team of writer and photographer Anne Vipond (b. 1957) and writer William Kelly has cruised the Inside Passage and Gulf of Alaska in the family sailboat for several decades, and sailed on many cruise ships and ferries.

The Tsawwassen couple, who have sailed as far as Prince William Sound and Kodiak Island, have long moored their Spencer 35 sloop Sway on the Fraser River.

Now as self-publishers they have won an award at the 2015 Lowell Thomas Travel Journalism Competition for their guidebook Best Anchorages of the Inside Passage, published by their company, Ocean Cruise Guides.

Vipond and Kelly won an Honorable Mention in the guidebook category for their cruising guide to the British Columbia coast when winners were announced in Las Vegas during the annual convention of the Society of American Travel Writers (SATW). The competition, open to North American journalists, is sponsored by the SATW Foundation to recognize outstanding work in travel journalism. The 2015 competition drew 1,400 entries and was judged independently by faculty at the University of Missouri School of
Journalism.

“To receive this award in the presence of some of the world’s best travel writers and publishers was a great honour,” says Vipond, who attended the ceremony to receive her prize. Best Anchorages of the Inside Passage covers boating destinations along B.C.’s south and central coast, from Victoria to Bella Bella.

Corporate donations, including a major contribution from Carnival Corporation, sustain the Lowell Thomas awards, which are named for the author, broadcast journalist and world explorer who had five decades of journalistic pursuits around the world.

Kellys’ cruising articles first appeared in the pages of Pacific Yachting magazine in the early 1980s; her column entitled ‘Anne’s Gunkholes’ premiered in 1992 and ran for 13 years.

In her comprehensive guide book Alaska by Cruise Ship (1994), Vipond described local history, nature, the Gold Rush, and the resurgence of the Native culture, among many other aspects of the cruise.

Their co-authored Best Anchorages of the Inside Passage (2006) was described by Peter A. Robson of Pacific Yachting as “the most all-encompassing guide to the B.C. coast we’ve seen in years.” It highlights more than 200 anchorages with more than 120 maps and 450 colour photographs.