UVic professor Charlotte Schallie is collecting stories from some of the last survivors of the Holocaust & other humanitarian cataclysms. 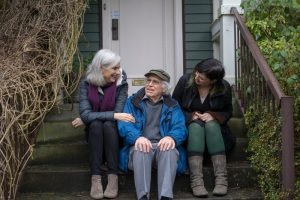 Along with “new” Holocaust stories, purportedly some of the last in living memory to be recorded, Schallie’s book combines Jewish scholarship, activism and poetry with perspectives on Canadian human rights issues.

Among the Canadians who could say they owe their life to the World War II diplomat Carl Lutz, the so-called Swiss Schindler, is the Vancouver physician and author Gabor Mate. At age one, he was brought by his mother to the Glass House, a factory in Budapest that served as a safehouse for Jews. There his mother was able to arrange to have her infant transferred to relatives already in hiding. This mother-son pair was ultimately reunited in Canada. The Glass House was one of numerous “safe houses” Lutz was able to establish wherein Jews could claim diplomatic immunity but, in fact, there were actually several other diplomats in Hungary who were taking similar measures to safeguard Jews. These included the Spanish Charge d’Affairs, Angel Sanz Briz, who saved the lives of Sephardic Jews and became the subject of a dramatic film by Luis Oliveros, The Budapest Angel. 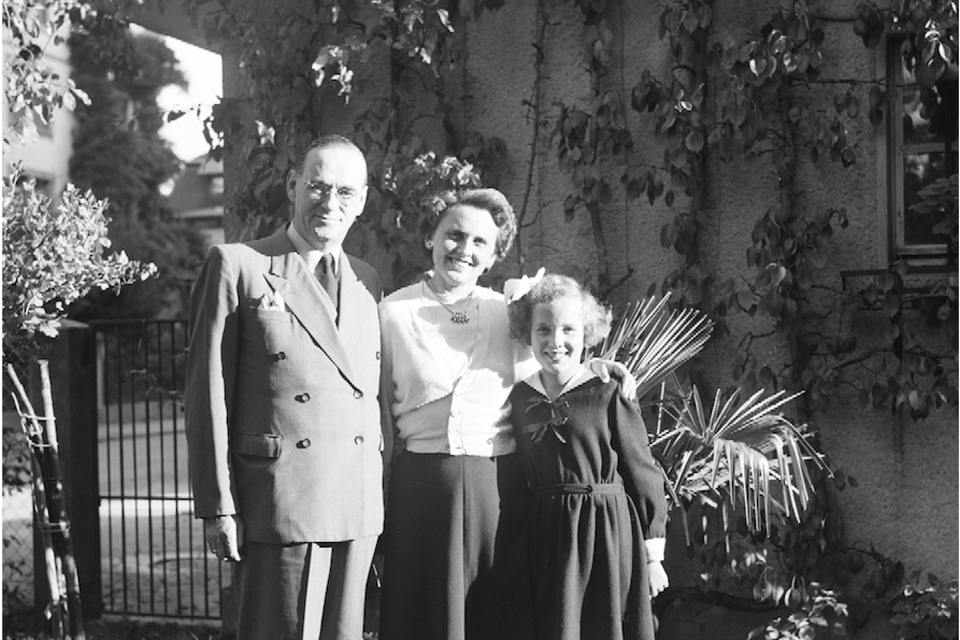 By October of 1944, the Nazis were making raids on Jewish homes in Hungary. The Danube was strewn with Jewish corpses. Operating from the Swiss embassy, the Vice-Consul Carl Lutz negotiated with the Nazis, including Adolf Eichmann, to enable him to issue “protective letters” for Jews to emigrate. More than 2,000 Jews received temporary sanctuary in a former glass factory, living in extremely crowded and unsanitary conditions, hoping to be processed. Another survivor, thanks to the interventions of Carl Lutz, was Andras Spiegel, who changed his name to Andrew Simon and became the producer for the long-running CBC Radio program Cross Country Check-up.

“I thank him for my own life and my parents’ lives,” said Andrew Simon in 2018. “All the thousands of Jews he saved.” Carl Lutz has been credited with saving the lives of between 40,000 and 60,000 Jews but he is far less known as a saviour than the Swedish diplomat Raoul Wallenberg, the German businessman Oskar Schindler and Chiune Sugihara, the Japanese vice-consul in Lithuania. 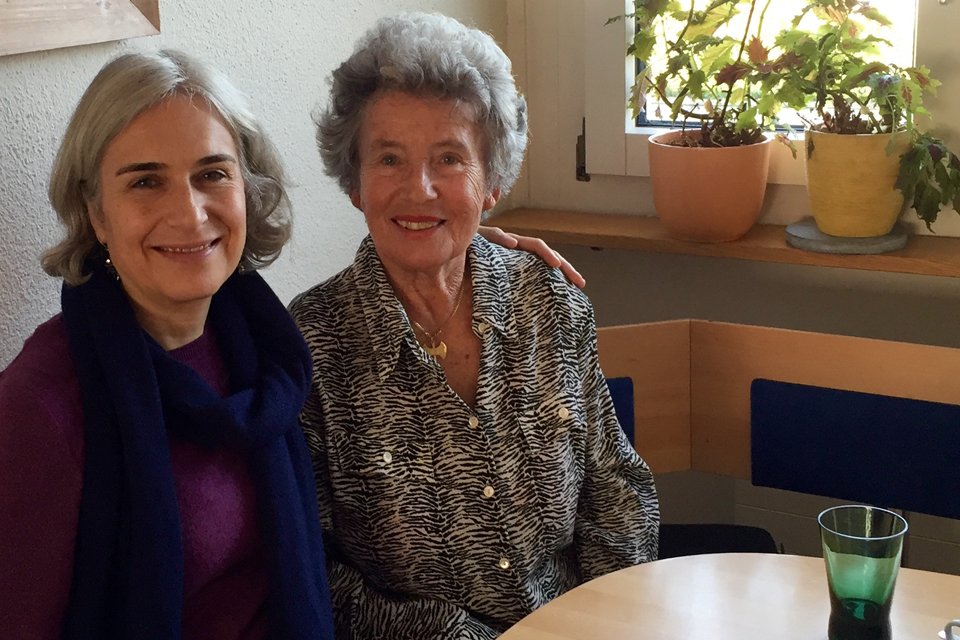 Charlotte Schallié (left) got in touch with Carl Lutz’s stepdaughter Agnes Hirschi (right), after accidentally coming across a monument in his name in Budapest three years ago. Photo credit: Charlotte Schallie.

Charlotte Schaille’s Under Swiss Protection: Jewish Eyewitness Accounts from Wartime Budapest (Columbia University Press, 2017), co-authored with Agnes Hirschi, has recounted Carl Lutz’s Holocaust rescue operations, as verified by Jewish eyewitnesses in Canada, Hungary, Israel, Switzerland, the UK, and the United States. As the head of the foreign interests division in the Swiss legation in Budapest, it is estimated that Lutz — with the help of his wife, Gertrud Lutz-Fankhauser, Moshe Krausz, the director of the Palestine Office in Budapest, fellow Swiss citizens Harald Feller, Ernst Vonrufs, Peter Zurcher, and the underground Zionist Youth Movement — issued more than 50,000 lifesaving letters of protection (Schutzbriefe) and placed persecuted Jews in 76 safe houses as annexes of the Swiss Legation during World War II, between March 1944 and February 1945. Born in London near the outset of World War II, Schaille’s co-author Agnes Hirschi was raised in Budapest and spent two months in a bomb shelter with the Lutz family. Her mother Madga married Carl Lutz in 1949 and so he became Agnes’ father in Switzerland. Yad Vashem accorded Carl Lutz “righteous among the nations” status in 1964. 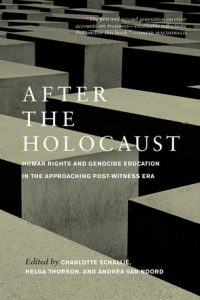 Charlotte Schallie has also co-edited After the Holocaust: Human Rights and Genocide Education in the Approaching Post-Witness Era (University of Regina Press 2020). Along with “new” Holocaust survivor stories, purportedly some of the last in living memory to be collected, this composite volume combines Jewish scholarship, activism and poetry with perspectives on Canadian antisemitism, the legacy of human rights abuses of Indigenous Peoples in Canada as well as internment of Japanese Canadians in World War II.

As an Associate Professor and Department Chair in the department of Germanic and Slavic Studies at the University of Victoria, Charlotte Schallie is an expert in contemporary German, Austrian and Swiss culture and literature; as well as diasporic, transnational and postcolonial literature. Her research interests include post-1945 diasporic and transcultural writing/filmmaking, memory studies, Jewish identity in contemporary cultural discourse, and teaching and learning about the Holocaust.

At the outset of 2020, Schallie developed a new dialogical-reflective pedagogy in Holocaust and Human Rights education to foster new collaborations and intercultural exchanges. Schallie’s project entitled “Narrative Art and Visual Storytelling in Holocaust and Human Rights Education” expands upon a literary form that was first explored in B.C. by David Lester with his graphic novel, The Listener, in 2011. Specifically, she has instigated collaborations for new, Holocaust-themed graphic novels.

Under Schallie’s direction, graphic novelists have been paired with four survivors: Emmie Arbel of Kiryat Tiv’on in Israel; Nicole and Rolf Kamp in Amsterdam, Holland; and David Schaffer of Vancouver. After his family was deported to Transnistria, Schaffer survived the Holocaust as a boy in Romania. Miriam Libicki, a graphic novelist based in Vancouver, is paired with him. Her own grandfather, also a survivor, died three years prior to the project and she regrets not having learned his Holocaust story. 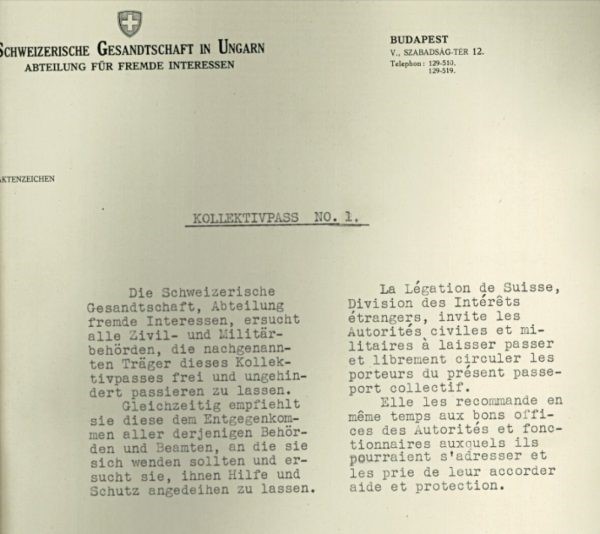