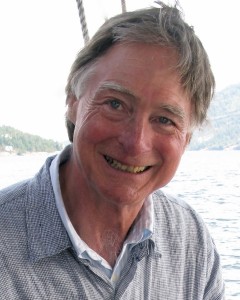 In connection to an exhibition he curated at the Vancouver Art Gallery in 2016 called I Had An Interesting French Artist To See Me This Summer: Emily Carr and Wolfgang Paalen in British Columbia (Figure.1 $24.95), Colin Browne has written the text for a book catalogue of the same name in which he recounts and explores the relationship between Carr and surrealist painter Wolfgang Paalen who was member of the Paris avant-garde in the 1930s. The pair met in the summer of 1939 when he travelled to North America with his wife, Alice Rahon, and their friend, Eva Sulzer. As an artist and collector, Paalen was keenly interested in the art and culture of indigenous peoples of North America, later settling in Mexico where he published an art journal Dyn in which he continued to investigate the integration of “the enormous treasure of Amerindian forms into the consciousness of modern art.” The catalogue also records the correspondence between Paalen and West Coast collector William Arnold Newcombe (1884-1960) who served as go-between for Carr and Paalen. In a letter to a friend Carr wrote, “I can’t get the surrealist point of view most of their subjects revolt me.” But Paalen evidently saw similarities with Carr’s approach the she failed to appreciate. Colin Browne’s study examines the stylistic synchronicity of their paintings, evidenced by a melding of a painting by each artist to serve as the cover of the catalogue. 978-1-927958-78-0 pb