From Vanderhoof to Harmonicas 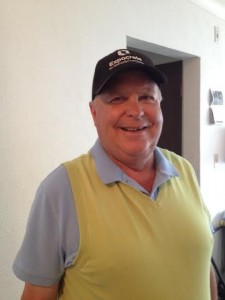 Born in Vanderhoof, B.C. in 1950, David H. Mitchell grew up in that small northern town of 500 people. As the third son in a family of seven, he spent much of his time exploring the wilderness. His self-published novel for young readers, Harmonicas (2013), is a fantasy about three young boys on a camping trip who accompany an interterrestial owl named Twig to a distant galaxy where they must struggle to save Princess Alanna and her magical, peaceful kingdom of Harmonicas from an evil witch named Zerolan. After various violent encounters and some hints of romance, the trio returns to Earth along with both friends and foes from Harmonicas, possibly giving rise to a sequel. 978-1-48959-443-3 $14.95