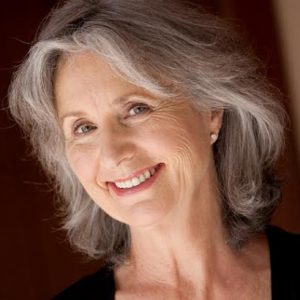 Diana Stevan’s fourth novel, Sunflowers Under Fire, will be launched on May 7th at the Campbell River library, followed by author readings on May 17th at the Courtenay library and on May 24th at the Nanaimo Harbourfront branch. 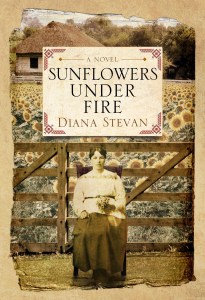 Sunflowers Under Fire is an intimate, historical saga of love and loss. In 1915, Lukia Mazurets, a Ukrainian farmwife, delivers her eighth child while her husband is serving in the Tsar’s army. Soon after, she and her children are forced to flee the invading Germans. Over the next fourteen years, Lukia must rely on her wits and faith to survive a refugee camp, the ravages of a typhus epidemic, the Bolshevik revolution, unimagined losses and one daughter’s forbidden love. It’s all based on the true stories gleaned from her grandmother’s ordeals.

“Basically, it’s a wartime tale about a woman who maintains the home front while her husband is away fighting,” says Stevan. “Given the continuing conflict between Russia and Ukraine, this story also illustrates how deep the divide has been for its citizens for well over a century. It should resonate with those who’ve undergone similar trials and then left their homeland for a better life elsewhere. No one leaves the land of their birth if it continues to serve them well.”

Diana Stevan of Campbell River was married at 19, and later received a Bachelor of Science in Home Economics and a Master of Social Work, both with honors, from the University of Manitoba. She moved to B.C. in 1979 with her husband and two children. As a clinical social worker, Diana spent over twenty-five years in the field, working in a variety of settings-psychiatric, child guidance, cancer agency, and private practice. She’s also worked as a professional model, actress and a sports writer-broadcaster for CBC television. She also published fitness and travel articles for newspapers, poetry in the U.K. journal, Dreamcatcher and a short story in Escape, an anthology. 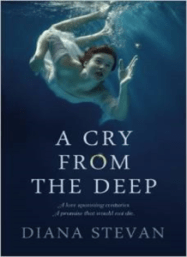 In  her romantic adventure novel, A Cry From The Deep, Catherine Fitzgerald is an underwater photographer who buys an antique Claddagh ring. Soon after, she is troubled by nightmares that set her on a path to fulfill a promise of love made centuries before. As she begins to unravel the mystery of the woman who haunts her dreams, she has to come to grips with her own struggle to find true love. Will it be her ex, psychiatrist Richard Egan, who still loves her? or Daniel Costello, the handsome but unavailable marine archaeologist on the dive team? Set in Provence, Manhattan, and Ireland, A Cry from the Deep, with its allegorical title, has a plot about buried treasures and temptation among salvagers to break the law.

In the coming-of-age novelette The Blue Nightgown, a blue nightgown is discovered in a tenant’s trash by the landlady, Anna, who discovers how arousing the lingerie can be. It’s soon realized that this nightgown has the same effect on anyone who comes in contact with it, including Anna’s teen-age daughter. 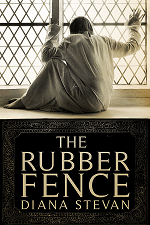 The Rubber Fence is a work of psychological fiction inspired by the author’s experience as a family therapist on a psychiatric ward. At the outset of the 1970s, Dr. Joanna Bereza wants to have it all: a career, a loving marriage, and a family, but her passion to do what’s right sets her against a system that’s as stuck as the people it treats. When she becomes obsessed with the treatment of two women, Joanna begins to neglect her husband; in trying to prevent her patients from getting shock treatment she puts her career in jeopardy. There is also a seductive senior resident and her own unresolved grief over childhood trauma. 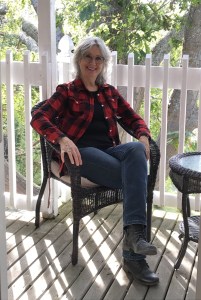