simpson up for award 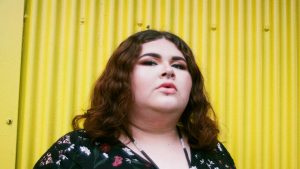 Poet jaye simpson has been shortlisted for a 2021 Indigenous Voices award in the Published Poetry in English category for their debut collection, it was never going to be okay (Nightwood Editions $18.95).

Known for writing about being queer in the child welfare system, as well as being queer and Indigenous, simpson’s poems speak to the intergenerational trauma of aboriginal people, Indigeneity and queerness, breaking down the limitations of sexual understanding as a trans woman and urban Indigenous diaspora issues.

simpson’s book was also shortlisted for a 2021 ReLit award earlier this year.

The complete list of shortlisted books in all categories is available at www.indigenousvoicesawards.org. The winners of the 2021 awards will be announced on National Indigenous Peoples Day, June 21, at a virtual gala.

jaye simpson, who identifies as non-binary, is a Two-Spirit Oji-Cree person of the Buffalo Clan with roots in Sapotaweyak and Skownan Cree Nation. simpson’s work has been performed at the Canadian Festival of Spoken Word (2017) in Peterborough, and in Guelph with the Vancouver Slam Poetry 2018 Team. simpson has recently been named the Vancouver Champion for the Women of the World Poetry Slam and their work has been featured in Poetry Is Dead, This Magazine, PRISM international, SAD Mag, GUTS Magazine and Room. simpson resides on the unceded and ancestral territories of the xwməθkwəy̓əm (Musqueam), səlilwəta’Ɂɬ (Tsleil-Waututh) and Sḵwx̱wú7mesh (Squamish) First Nations peoples, currently and colonially known as Vancouver, B.C.