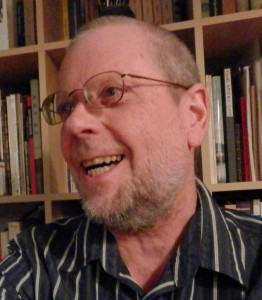 Copies of his ongoing digital research project BRITISH COLUMBIA ARTISTS were also donated to a number of libraries. The donation to the National Gallery upgrade their holdings on West Coast artists, both historic and contemporary. More information is available at www.sim-publishing.com.

Gary Sim is chiefly known  for having produced BRITISH COLUMBIA ARTISTS, 2003-2013 (Sim Publishing) 978-0-9732542-6-6, an HTML-based research project on BC Artists from 1700 to the present. This reference work includes 17,000 artists listed from over 1,000 bibliographic references (monographs, exhibition catalogues, newspaper articles, artist statements, etc.). Nominated for six awards, the project received the BC Historical Federation Certificate of Merit in 2013. In 2013 it consisted of 2,040 web pages and 240 images. It remains subject to ongoing incremental updates.

Sim uploaded the A to Z artist index to his website as a “public service” in May of 2013 and it has been downloaded many times since. Sim gave a paper on this project at Concordia University in 2008. An earlier version, British Columbia Artists (Sim, 2010), was originally issued as Art & Artists in Exhibition: Vancouver 1890-1950. The project was released as a computer disc, rather than a book, for obvious reasons of breadth. “It has been a daunting task,” says Sim.

Gary Sim’s recollection of his BC Rail employment, RAILWAY ROCK GANG (Sim Publishing 2013; printed by Blurb), 978-0-9732542-5-9, is a 196-page hardcover with 140 full-colour illustrations and an 800-term rock gang glossary. There are stories about two heavy salvage projects, special projects, and regular work on the BC RAIL mainline from Horseshoe Bay to Tumbler Ridge. Many of the images were taken by Sim on his trusty Olympus OM-1 camera.

Born in Vancouver in 1951, Gary Sim has worked in construction administration for DGBK Architects, Vancouver, since 2006. His twenty-five years of full-time employment in architecture were preceded by one year of engineering drafting (1988-89); nine years work on BC RAIL Rock Gangs (as Driller/Scaler, Blaster, Rock Gang Foreman 1978-87); four years work for Canadian Telephone & Supplies as central office equipment installer (1973-77); and various earlier short-term jobs such as welfare hostel cook and log cabin builder.

Sim has been an active member of the Alcuin Society, Architectural Institute of BC (Associate member, AT.AIBC), B.C. Historical Federation (member & corporate sponsor), Federation of Canadian Artists and Malaspina Printmakers Society. He volunteered for more than two decades with the Vancouver International Writers Festival (11 years), Jazz Festival (three years), Fringe Festival (two years) and Music West (two years). As an artist, he was commissioned to make limited edition prints for the Burnaby Art Gallery, and for the Alcuin Society printer’s mark series sponsored by Dr. Yosef Wosk. He has had numerous solo and group art exhibitions in the Lower Mainland, and his artwork is in collections with the National Gallery of Canada, Burnaby Art Gallery, Feckless Collection of BC prints, etc. He donates art and money to numerous organizations including the National Gallery of Canada, where his name appears on their “125 Years of Donors” wall installed in 2005. He also plays guitar and sings, and has recorded two CDs in 2010 at Saga Studios.

Sim’s work in progress (since 1996), LOOKING FOR MAUD, is a narrative non-fiction account of his research into the life and times of artist Maud Rees Sherman, a founding student at the Vancouver School of Decorative & Applied Arts in 1925. Her family relations included Vancouver’s first and second weathermen, brothers Thomas Shearman (from 1904 – 1918) and Eustace A. Beckett Shearman (from 1918 – 1948), school teachers and principals, artists, scientists, mountaineers, photographers, BC’s 18th registered Provincial Land Surveyor, historian Walter Noble Sage, movie producer and director Daryl Duke, urban Planner Dr. Walter Hardwick, Dean of Pathology and founder of Children’s & Women’s Hospital Dr. David Hardwick and among others. Historical photographer Stuart Thomson lived with her family for over 20 years.