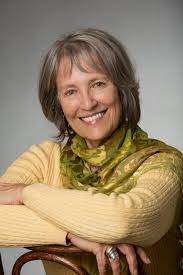 North Saanich’s Ulrike Narwani has published her first book of poems, Collecting Silence (Ronsdale $15.95) covering a life arc through youth, love and loss, to maturation and aging. She shares religious moments in other lands – “We stumble outside./ Hurry past prayer wheels./ Set them turning./ Hands skimming faith./ The letters foreign./” – finding something new to say about the world’s most famous painting, the Mona Lisa – “who does not know you/ iconed/ xrayed on history’s gurney, flesh cold/ measured/ the droop or lift/ of left or right upper lip/ or lower/ cameras on selfie sticks bristle-strut/ send portraits home” – and the loss of a grandmother – “I could not discern the moment you left./ You were just no longer,/ a snowflake melting/it seemed so easy./ I could not discern-/ until a coldness rolled in/a morning mist/ sinking warmth beneath it/ until it drowned.” Narwani’s poems remind us of the power of silence to size-up, reshape and transform. She says when we are silent, our deepest experiences – our memories – talk to us in a language that we know without speaking. Of Baltic-German heritage, Narwani’s family was forced to emigrate from their homeland Latvia at the onset of WWII. She grew up in Edmonton before completing a Ph.D in Slavic Languages and Literatures at the University of Toronto. Her poetry has appeared in Island Writer, CV2, FreeFall, Vallum, two chapbooks edited by Patrick Lane, and the anthology Poems for Planet Earth. 978-1-55380-487-1