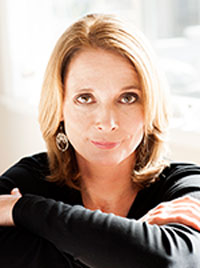 We Are All Made of Molecules (Tundra $19.99) by Susin Nielsen was shortlisted for a Sheila A. Egoff children’s literature prize and has now won the $6000 Schwartz Children’s Book Award for Young Adult / Middle Readers as selected by Ontario school children. It tells the story of two unlikely teenagers being thrust together when their parents combine households. Thirteen-year-old Stewart Inkster is the proverbial nerd: head of his class but socially awkward. Fourteen-year-old Ashley Anderson is the “it” girl of her grade nine class. Ashley is mortified and hasn’t even informed people her parents are divorced because they might learn her birth father is gay; Stewart tries to make the best of the situation. The story of their overlapping journeys tackles issues such as bullying, bigotry and tolerance, as well as the true nature of friendship and what it means to be a family.  The Ruth Schwartz Children’s Book Awards were established in 1976 by Sylvia Schwartz in memory of her sister, Ruth, a respected Toronto bookseller. In 2004, the family renamed the awards to honour both sisters. “I wish I’d known the Schwartz sisters,” said Nielsen, “who did much for Canadian children’s literature. And the fact that the winners are chosen by student juries makes it truly special. Knowing that the book is connecting with my intended audience is the ultimate prize.”