Schell food from the Okanagan 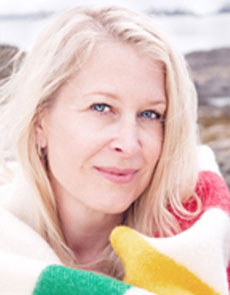 Jennifer Schell comes from a multi-generational farming family and was raised on an apple orchard in Kelowna.

After eight years as Editor-in-Chief at Food & Wine Trails magazine, launched in 1991 by Dave Gamble, Jennifer Schell has reissued her first book (from 2012), The Butcher, the Baker, the Wine & Cheese Maker in the Okanagan (Touchwood $29.95) with “70% new content to reflect the region’s constant evolution of food production and culture.” The new version provides more than 50 recipes, each written by an Okanagan chef and inspired by an ingredient that is locally and sustainably produced. “It might be free-run turkey raised on the Hamblett Highland Turkey farm, organic vegetables from the urban gardens of Green City Acres, or brie cheese from Upper Bench Cheese in the Naramata.”

There’s a wine pairing for each recipe from a local Okanagan winery and short profiles on each contributor.

The Butcher, Baker, Wine & Cheese Maker by the Sea (Touchwood $29.95) is a sequel to that first book. It also discovers the people and stories behind the recipes — the chefs, the fishermen, the sea farmers, the foragers and the winemakers.

Jennifer Schell is an advocate of eating locally-produced food and the success of B.C.’s wine culture. She completed the advanced program of the Wine & Spirit Education Trust (WSET), the foremost international body in the field of wines and spirits education, studying under Rhys Pender, Master of Wine. Coincidentally, with more than 85 recipes for muffins, mains, pastries and preserves, Julie Van Rosendaal features “the heady sensuousness of the peaches and plums, the sweet crispness of the apples and pears, and the zesty sweetness of the cherries and apricots” grown by the 500 farmer families of BC Tree Fruits Association for her seventh cookbook, Out of the Orchard: Recipes for Fresh Fruits from the Sunny Okanagan (Touchwood 2016). Out of the Orchard