A former resource worker-turned-conservationist, Wayne Sawchuk (below right) recalls when industry and environmentalists struggled to find common ground but were finally able to agree to save Canada's Northern Rockies. 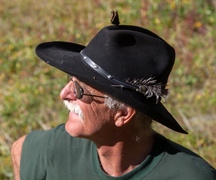 “Wayne, this world would be a better place without you in it! One day somebody might just do something about that.”

The threat was a measure of the fear and tension swirling around the land use planning process, and as Environment/Conservation sector rep I didn’t take it too seriously. Nevertheless, I did peer under the Olds for tell-tale signs of dripping brake fluid or other sorts of tampering before climbing in for the long drive home from the Land and Resource Management Planning (LRMP) table meeting.

In the early 1990’s northern B.C. was one of the last shards of the continent to feel the gnawing bite of industrial exploitation, and there could be winners – and losers – as the final plan reallocated access to vital resources. I’d grown up helping my family exploit those resources, punching roads, clearcuts, mines, and gas wells up valley after valley, part of a frontier free-for-all with wealth and resources the prize. 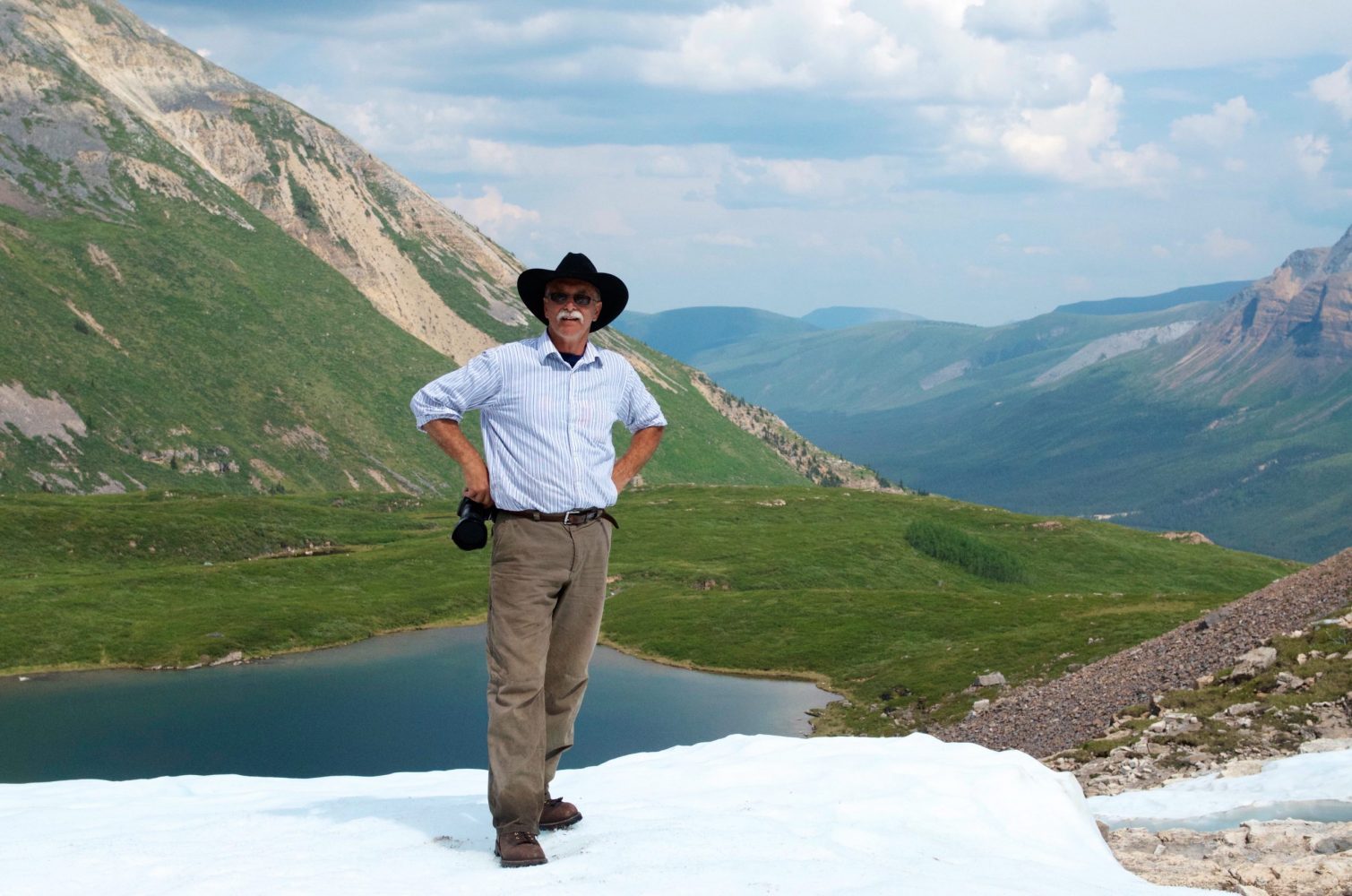 Wayne Sawchuk standing in front of typical scenery in the Muskwa-Kechika Management Area.

At the same time though I began to realize that this rough and ready style of so-called “development,” while exciting and often lucrative, had a lot of downsides for many of the other values on the land-base – wilderness, wildlife, and First Nations’ rights and interests, to name but a few. As a result, I and many others began work to protect the best of the best, a list that included B.C.’s Northern Rockies, a place whose massive life-sustaining wilderness has been tagged “The Serengeti of the North,” with more species of large mammals in greater abundance than anywhere else in North America.

That is why the statement by Rob McManus, sector rep for the Canadian Association of Petroleum Producers, came as such a relief. “Our sectors will agree to support a legislated designation for the Northern Rockies, although it is not our wish that there be one. However, in the interest of a solution, we feel that we can agree to this as a compromise.” I can still hear the cheers that erupted from the sector reps around the Toad River bunkhouse table. We’d done it. We’d reached consensus, and while there would be huge areas zoned for high intensity industrial use, there would also be many new Parks and Special Management Zones created. And, there would be protection for B.C.’s Northern Rockies and parts of the Cassiars – an internationally significant achievement. 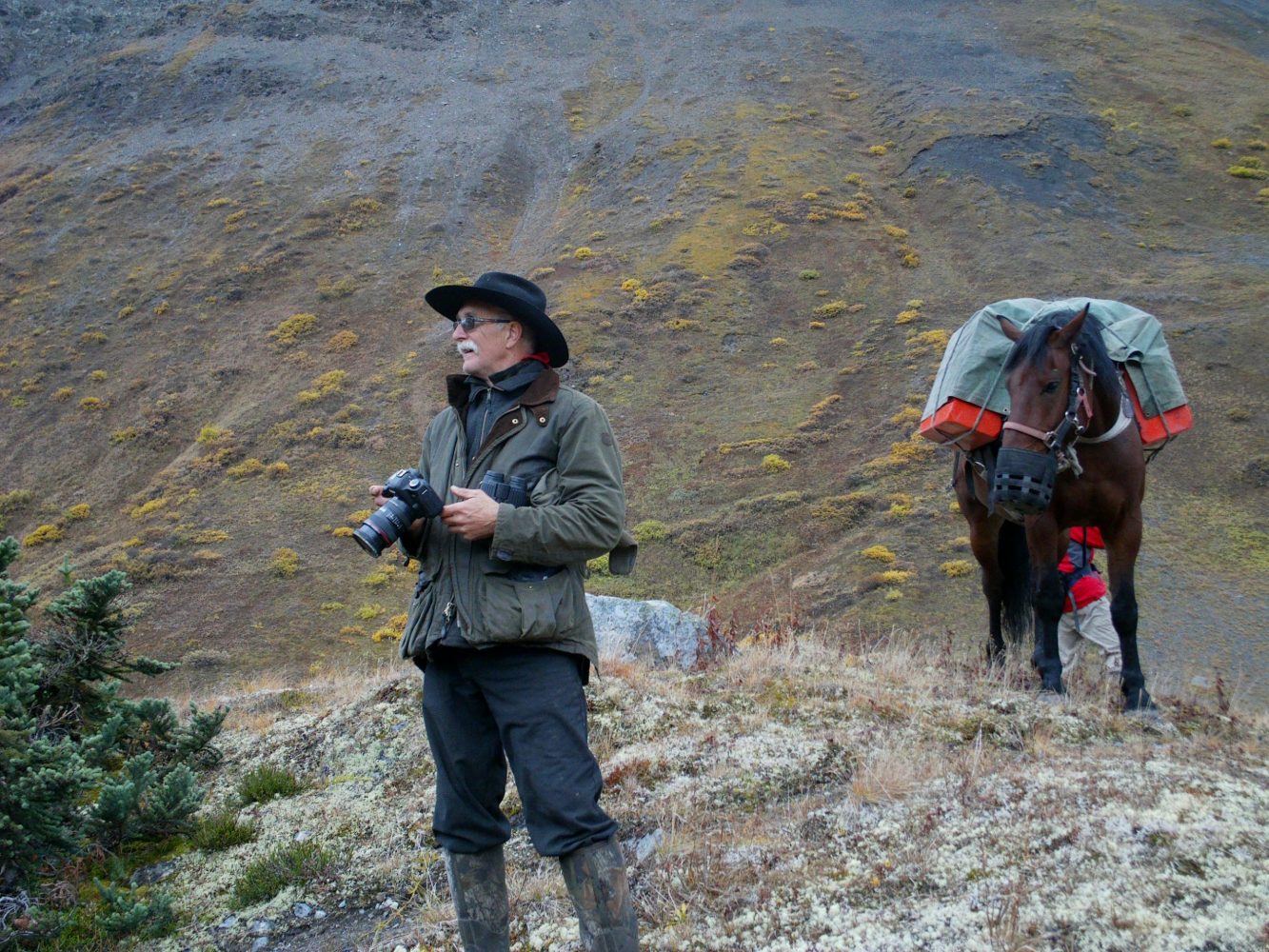 Wayne Sawchuk with his horse in the Muskwa-Kechika mountains.

In the end, there were no more threats, and no brake fluid leaking on the pavement. Instead, the Fort Nelson and later the Fort St. John and Mackenzie tables recommended that nearly six and a half percent of the province be placed under a newly created Muskwa-Kechika Management Area Act aimed explicitly at protecting wilderness and wildlife in the long term, while allowing temporary industrial activity in about two thirds of the area. This uneasy compromise was no one’s preferred solution. Even so, I believed then, and still do, that this agreement is the best that could have been accomplished at the time.

Glen Clark was Premier when the LRMP hit the desks in Victoria, and he agrees. It was “a spectacular contribution to the world…that protected environmental values and kept jobs… one of my best days as Premier!” 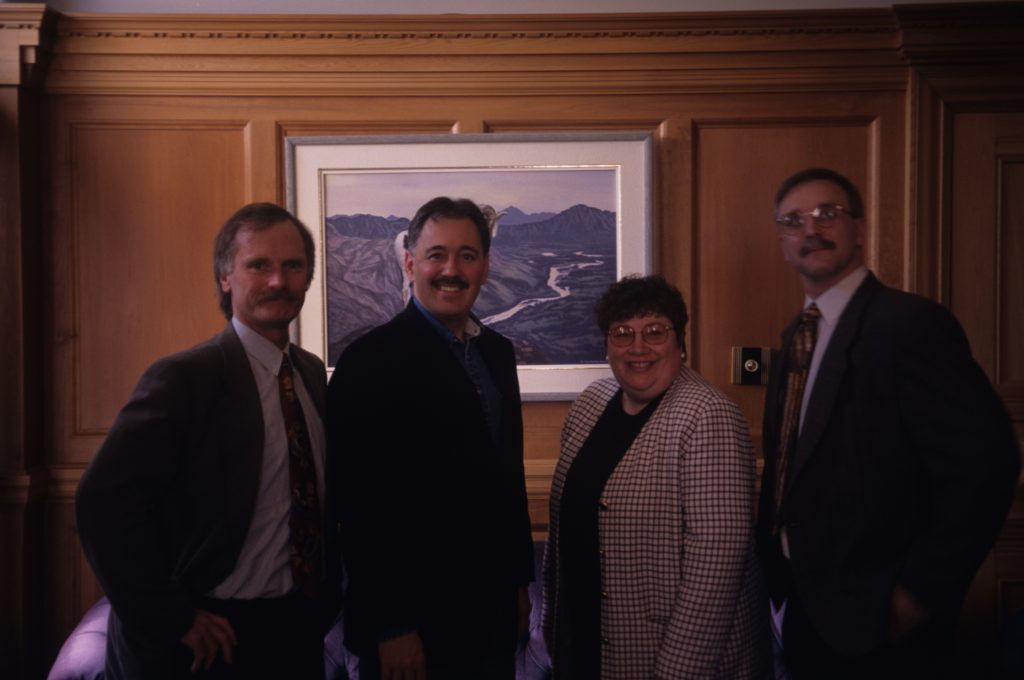 Wayne Sawchuk (far right), B.C. Premier Glen Clark (2nd from left) and others standing in front of a painting of the Muskwa Kechicka area in 1998.

I tell the story of this achievement in my new book, Crossing the Divide (Creekstone $21.95). The agreement reached that day in Toad River continues to stand strong today, a testament to the strength of the consensus process and the commitment of the many sector reps, government staff, contractors and First Nations who contributed to the ultimate plan. It is also a measure of the importance of the Muskwa-Kechika whose wilderness and wildlife are now protected, hopefully forever. 9781928195061 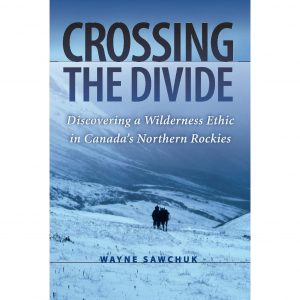 Ed. Note – This letter will be edited for brevity in the 2021 Autumn issue of BC BookWorld newspaper.