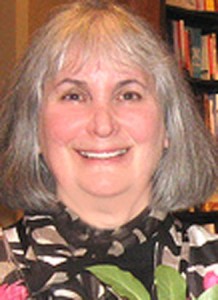 The International Board on Books for Young People (IBBY) Canada has announced the recipients of the 2014 Claude Aubry Awards for distinguished service in the field of children’s literature in English.

Judith Saltman of Vancouver, co-author (with Gail Edwards) of Picturing Canada: A History of Canadian Children’s Illustrated Books and Publishing (University of Toronto Press 2010), has received the English-language award.

Saltman, chair of the University of British Columbia’s master of arts in children’s literature program and a professor at the school of Library, Archival, and Information studies, was praised for her research in the fields of children’s literature, publishing, and public library services. Saltman emerged as a protege of Sheila A. Egoff, her role model, with whom she co-edited a new edition of The New Republic of Childhood: A Critical Guide to Canadian Children’s Literature in English, in 1990.

Established in 1981 in honour of the late author and translator Claude Aubry, a former director of the Ottawa Public Library, the biennial awards are given to recognize individuals who have made a significant contribution to Canadian children’s literature.

PLACE OF BIRTH: Vancouver, BC

EMPLOYMENT OTHER THAN WRITING: Professor of children’s literature and library services, UBC, School of Library; also chair of the Master of Arts in Children’s Literature Program at UBC

Goldie and the Sea. Illustrated by Kim LaFave. Toronto: Groundwood, 1987.