Having grown up very poor in rural Alberta, George Ryga would be glad to see the twelfth annual George Ryga Award for Social Awareness go to Andrew MacLeod. 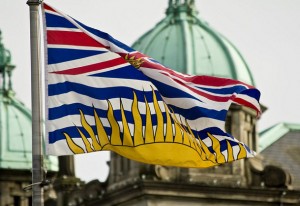 Andrew MacLeod will receive the Ryga Award at Vancouver Public Library on June 29, at 7 pm.

The journalist unveils B.C. poverty in A Better Place on Earth.

Andrew MacLeod’s A Better Place on Earth: The Search for Fairness in Super Unequal British Columbia (Harbour 2015) examines how and why the rich in B.C. are getting richer, and the poor are getting poorer. The Victoria journalist remains outspoken about economic disparity.

“Christy Clark became premier promising to put families first,” he says, “but five years later British Columbia continues to have one of the worst records in Canada for child poverty.

“B.C.’s economic growth may be leading Canada as the provincial government frequently reminds us, but it’s little comfort to the many people who are struggling to afford a place to live, coping with high debt payments and receiving stagnating wages.”

“Both Justin Trudeau’s 2015 federal election win in Canada and the success of Bernie Sanders’ campaign in the United States have made it clear that a large number of voters in both countries are looking for a fairer deal.

“B.C. politicians should be paying close attention to the trend and making their pitches to voters in the 2017 provincial election accordingly.” In A Better Place on Earth, MacLeod interviews economists, politicians, policy-makers and activists, as well as “those living on the edge” to illustrate the consequences of increasing monetary inequality in B.C.

MacLeod, Legislative Bureau Chief for The Tyee, grew up in Toronto and came to B.C. in 1991. While obtaining an English degree from the University of Victoria, MacLeod was a co-editor of the UVic student newspaper The Martlet in 1992-93. Later he was a staff news writer for Monday Magazine from 2002 to 2007.

Runners-up for this year’s Ryga Award are David Boyd for The Optimistic Environmentalist: Progressing Toward a Greener Future (ECW $19.95)

Chris and Josh Hergesheimer for The Flour Peddler (Caitlin $24.95)

David Suzuki for Letters to My Grandchildren (Greystone $27.95)

The presentation event is a free event, open to the public, in conjunction with the ceremony to present the annual George Woodcock Lifetime Achievement Award.