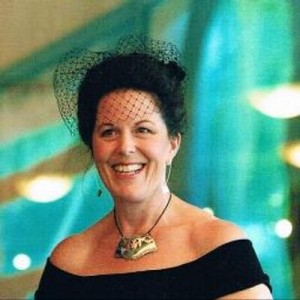 Vancouver can boast about bike lanes; it can make repeated vows to eliminate homelessness in order to advertise its good intentions; and it can look great year-round due to its spectacular natural setting—but the micro-managed metropolis remains in the running for the world’s Worst Public Art Award.

Ideally the part-time residency of transplanted bronze sculptor Ruth Abernethy will now have some transformative effect. As evidenced in her coffee table book compendium, Life and Bronze: A Sculptor’s Journal (Granville Island $60), the Ontario-raised Abernethy has created alluring sculptures and installations that people really, really, really like.

Having worked in theatre props departments across Canada since age seventeen, Abernethy has developed a unique method of ‘mapping’ 3D figures before carving them in styrene. Now she’s received royal approval for a statue of Queen Elizabeth II seated on the Throne of Canada to be unveiled in 2017.

In an ideal world, the city would commission Abernethy to produce a life-size statue of beloved Chuck Davis who served as the Vancouver’s unofficial, saint-like historian for most of his adult life. For decades, while culture bureaucrats directed the big bucks to so-called festivals, Davis toiled close to poverty, contributing more to the city than any artist or politician. 978-1-926991-73-3