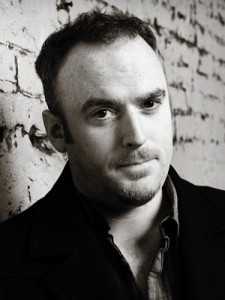 The Last Gang in Town: The Epic Story of the Vancouver Police vs. the Clark Park Gang (Arsenal 2016)

Having grown up in Kerrisdale with neighbours like the poets George Bowering and UBC professor Warren Tallman who spawned the TISH movement, Aaron Chapman  was exposed early in life to the city’s literary culture. Although he didn’t become a poet, Chapman studied history and deveopled a special interest in Vancouver’s entertainment history. He began writing popular books about Vancouver’s history.

His latest book is about the Clark Park gang, a wild group of fist-fighters from Vancouver’s post-1960s counterculture. The Last Gang in Town: The Epic Story of the Vancouver Police vs. the Clark Park Gang (Arsenal 2016) is a portrait of Vancouver in the early 1970s that spotlights the after-dark underbelly of the city’s not-so-distant criminal history. In 1972, a year when the Clark Parkers caused particularly aggregious riots, mayhem and headlines – including a nasty altercation outside a Rolling Stones concert at the PNE – the gang became the target of an undercover police squad. It ended in an infamous police shooting, resulting in the death of a Clark Park gang member. A graduate of the University of British Columbia as well as a musican, Chapman is also a member of Heritage Vancouver and the Point Roberts Historical Society. He has been a contributor to the Vancouver Courier, Georgia Straight, and CBC Radio.  978-1-55152-671-3