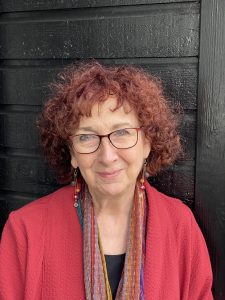 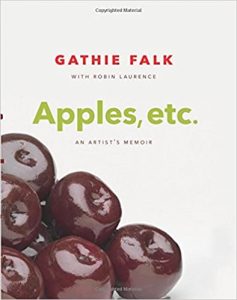 Robin Laurence is an independent writer, critic and curator based in Vancouver. For three decades she was the award-winning visual arts critic for The Georgia Straight and for a couple of years in the mid-1990s, she wrote art reviews for The Vancouver Sun. She has been a contributing editor of both Border Crossings and Canadian Art magazines, for which she has written extensively.

Her published work includes essays about art and artists in more than 60 books and exhibition catalogues, as well as reviews and features in local, national and international publications.

She is the author of A Sense of Place: Art at Vancouver International Airport and she recently co-authored Gathie Falk’s memoir, Apples, etc.

Laurence holds a BFA from the University of Calgary and an MA from the University of Victoria. In 2016, she was awarded the RCA medal for “distinguished service to the visual arts and cultural community in Canada.” The jury citation reads: Robin Laurence is regarded as the critic of record in the British Columbia visual arts community, a measure of her career-long dedication to the creative activity of the community’s artists and the institutions that sustain them. Her lively and accessible writing is informed by a deep commitment to all facets of the artform, reinforced by an authoritative grasp of art-historical and socio-philosophical context, and a ready willingness to engage with fresh and developing innovations and explorations in the field. 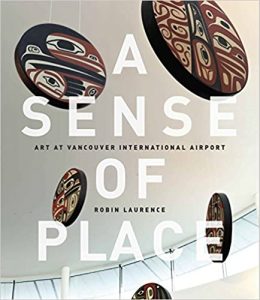 Yosef Wosk commented: “Robin Laurence’s insightful writings about the visual arts have stimulated and provoked Canadian audiences for decades. She helps us to see. The pandemic has placed tight restrictions on our live experience of the arts, but if we can’t be physically present, the next-best thing is the virtual experience, augmented by the contextualization and informed commentary of a voice we can trust. Robin Laurence is such a voice.”

The 2021 award jury consisted of Brenda Leadlay, Executive Director of the B.C. Alliance for Arts and Culture, Scott Watson, Director of the Morris and Helen Belkin Art Gallery at the University of B.C., and Max Wyman.

This annual award, nicknamed the MAX, celebrates critical commentary on the visual, performing and literary arts. It is intended to honour informed and compelling writing that stimulates critical thinking, fosters ongoing discussion about the role of arts and culture in contemporary society and demonstrates the value of creative commentary in our understanding of the world around us.

The winner receives a prize of $5,000 and a gold and emerald pin designed by Vancouver artist Robert Chaplin. The award was established in 2017 by philanthropist Yosef Wosk to honour the career and lifetime contributions of the Vancouver author, arts critic and commentator Max Wyman. It recognizes writers who have amassed a significant body of work. Eligible subjects of criticism include the visual arts, architecture and design, theatre, literature, dance, music,film and television, as well as more general cultural commentary.