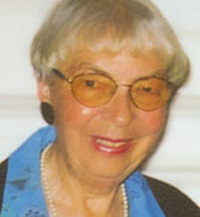 Condolences to the family and fans of North Vancouver novelist Blanche Howard, who died at the age of 91 on June 12, 2014. Blanche Howard was born in Daysland, Alberta, in 1923 and grew up in Lloydminster and Calgary. She received a Bachelor of Science degree from the University of Alberta. After stints in Toronto and Ottawa, she moved to Penticton in 1948 where she raised three children and became a chartered accountant.

In 1973, Howard moved to North Vancouver and won the Canadian Booksellers Association award for her first novel, The Manipulator, written after her husband became a Member of Parliament in 1968. Following Pretty Lady, a Gothic plot set in North Vancouver with a sober style, and The Immortal Soul of Edwin Carlysle, about ‘the perilous border between genius and madness’, she and Carol Shields co-wrote a husband-and-wife correspondence novel, A Celibate Season. A theatrical adaptation of the novel was produced in North Vancouver, where she has served on the North Shore Arts Commission.

Following the death of Carol Shields, Blanche Howard and Allison Howard edited A Memoir of Friendship: The Letters Between Carol Shields and Blanche Howard (Viking Canada, 2006), with a foreword by Shields’ daughter Anne Giardini. Allison Howard was the editor for the pair’s co-written novel A Celibate Season when Howard was 22 years older than Shields. The letters range over a period from 1975 to 2003.

In 2013, Blanche Howard was selected to write a chapter for a collaborative novel, At The Edge, edited and published by Marjorie Anderson, who, with Carol Shields, co-edited the Dropped Threads series, and co-professor Deborah Schnitzer. Jack Hodgins and Gail Anderson-Dargatz agreed to be the vanguard chapter writers, and calls went out for writers. Sixteen were chosen to write about a dangerous and unguarded construction hole on a university campus into which one person falls. Available at www.unlimitededitions.ca

Congratulations to all nominees for The Chocolate Lily Award. The Chocolate Lily Young Reader’s Choice Awards is a non-profit program set up to encourage B.C. children to read and enjoy books written by authors who also live in B.C. The awards are chosen by reader’s choice.

The Path of Names by Ari Goelman (Scholastic Canada)

A Taste of Heaven by Meg Tillie (Puffin)

Whatever by Ann Walsh (Ronsdale Press)

The Metro Dogs of Moscow by Rachelle Delaney (Puffin)

Not a Chance by Michelle Mulder (Orca Book Publishers)

Not Your Typical Dragon  by Dan Bar-el (Viking)

Once Upon a Balloon by Bree Galbraith (Orca Book Publishers)

How To  by Julie Morstad (Simply Read Books)

Contact your local book retailer to purchase copies for your library, book club, or family.