Reflections of a life lived 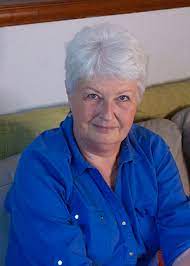 The word “elegiac” springs readily to mind when turning to Rhonda Batchelor’s new collection Allow Me: Poems 2000-2020 (Ekstasis $23.95). It’s an overused word in poetry circles, sure, but in this case it really fits. The span of these poems, two decades’ worth, allows the writer to ruminate on subjects otherwise unlikely to be admitted in what were once known–but were they ever really?–as “polite circles.”

Sharply observed, wryly offered glimpses of a life lived are detailed here in the spare clarity that comes with hindsight. Mercilessly, yet softly, musings typically formed only in the privacy of one’s mind are laid out on the page. The pleasure and attendant terror of longed-for solitude after decades of caring for children and partners. How lost love is pined for and yet, in some disloyal yet necessary way, utterly unmissed. The consolations and dislocations of travel as outlined in the poem “In Transit” –including its triumphs, discoveries and finally bathetic humiliations: “our last meal / an overpriced vacuum-packed selection washed down / by a six-fifty glass of wine.” What memory does and doesn’t keep, and why. The doubtful consolations of age. All as compassed by the poet’s ever-fine eye.

We’ve all been here. “(Love) Minus One” forces the grieving speaker out onto the streets for a “bracing walk” she doesn’t want. Well-meaning, unnamed others have assured her with “cheerful insistence / it will make a difference.” Except, of course, that it doesn’t. “I’m still one minus one; so much melted space / around a shape’s frozen smile.” 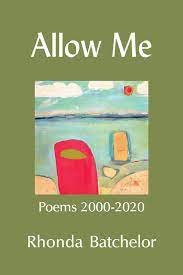 Very softly caught and held for examination, this bleak mood suffuses many of the poems in this collection. It’s bearable, even welcome, because of the poet’s care with herself, the world and by extension those who encounter her words.

Batchelor has a way with last lines in particular. First ones, too: “I pine for the time / When I knew everything” begins her poem “Once,” expressing a sentiment that many readers will again, as at many points in this collection, find uneasily familiar.

The poet’s humanity, her willingness to suffer if suffering be necessary, is what binds these poems. A young man comes to her door asking for a donation for a worthy cause. Confessing to lack of funds, the speaker discovers that the canvasser too is just scraping by; he hugs her–the “tight, quick embrace” emphasizing his lean youth–and goes.

There is fresh desire here, too, gently unfurling with the tenderness of potential lovers trying again after past failures. Although both agree that caution is warranted in “Slow,” Batchelor concludes this poem with the rueful and excited admission that the leaves glimpsed falling are “too fast to go slow.”

We turn these pages with almost a like urgency, because each life, including the one Batchelor chronicles here, is a cliffhanger with an ending we know, yet don’t. Batchelor’s work recalls Karl Ove Knaussgard’s My Struggle, Books One to Six (Farrar, Straus and Giroux, 2010 – 2019), the ironically-named, exhaustive six-volume chronicle of the writer’s quotidian wrestling with the particulars of his experience: his child’s stroller at the bottom of the stairs to their flat, the nursery school pickup, shopping for something to throw on the stove for tea, bedtime–a life so ordinary, so recognizable, that it assumes a kind of fierce urgency almost despite, if not because of, Knaussgard’s insistence on recording the most banal of details.

Batchelor’s work, distilled crystal-like from her impressions of the world she both experiences and, sometimes, observes from afar, covers a similar span, in her case in miniature. These poems offer the reader the same sort of gathering force as would a more exhaustive chronicle.

Grief, certainly, even despair, forms the keynote in this collection: but also present is its attendant opposite. Hope emerges here, small and newly-formed, yet with a fragility unsuited to the occasional brutishness of even the natural world:

For tender minutes the song reminds us

that sorrows can be healed,

before the telephone rings and the door

by a merciless wind.

There are five sections in Allow Me, but the organization is loose. Batchelor tries different poetry forms and indulges herself in occasional wordplay, as in “At the Party for All the Capricorns”: “I stand on the cusp and reach for cake.” She even reproduces the misspelt phrasing of online personals in “Plenty of Fish,” which is–what else?–a found poem. These flashes of humour leaven Batchelor’s melancholy mood.

Towards the end of the book, the poem “Maybe He Loved the Wild Grasses” ends with a couplet that, one suspects, might describe the ‘I’ of these poems as Batchelor herself: “Modest and slender, they bow down / but only seem to succumb.” It could also be a fitting description of a collection that amply rewards rereading. 9781771714488

Reviewer Carellin Brooks is the author, most recently, of Learned (Book*hug, November, 2022), a chronicle in verse of the writer’s experiences at Oxford University and in the fleshpots of London.