Reap what you sow 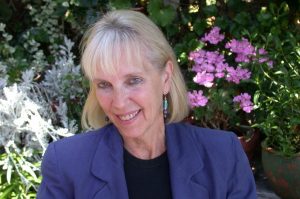 M.A.C. Farrant in a garden.

Although admitting she doesn’t have a green thumb, Farrant was beguiled by her local gardening columnist who she says offers “many metaphors with which to form one’s thoughts.” 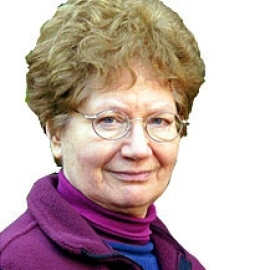 “One is nearer God’s heart in a garden than anywhere else on earth,” wrote Dorothy Frances Gurney in her poem God’s Garden.

Author M.A.C. Farrant and gardening expert Helen Chestnut would likely agree. The two women are brought together in Farrant’s latest book, One Good Thing: A Living Memoir (Talonbooks $19.95) in which the creator of 17 works of fiction, memoirs and two plays has produced a collection of sixty-four short anecdotes in the form of letters written to Chestnut, the long-running Victoria Times-Colonist gardening columnist.

Chestnut is known for ingeniously weaving stories about people into her descriptions of gardening. By blending Chestnut’s columns with her own writing and thoughts, Farrant expands stories of mere vegetables, fruit and compost into larger matters of life.

“By now I’ve completely become beguiled by what you write,” Farrant says on her opening page to Chestnut, “as you offer so many metaphors with which to form one’s thoughts.”

Connecting gardening columns with universal themes would seem an impossible task, especially as Farrant admits to being “beyond the pale when it comes to gardening knowledge.” Nonetheless, through stories about producing ‘one good thing’ – a cucumber – to tales about roses, daffodils, peas, the weather, geraniums, compost, soil, snapdragons, parsley, epic potatoes and even flies, Farrant profoundly and humorously takes her readers on a journey of discovery about life.

I had not thought I would enjoy numerous short stories about gardening. Unlike my father and others in my family, I have never had a green thumb. Perhaps that is why I immediately connected with Farrant when she too admitted to her failings as a gardener. But the metaphors used by Farrant are especially relevant for everyone over the last eighteen months as we were all forced to adapt to a different life in a pandemic. 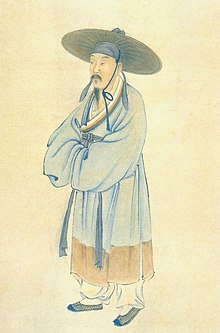 Farrant offers her readers numerous pearls of wisdom on coping and I appreciated that she also injected many motivational quotes from other writers such as Chinese poet Lu You, who wrote in The Classic of Tea: The clouds above us join and separate, / The breeze in the courtyard leaves and returns. / Life is like that, so why not relax? / Who can stop us from celebrating?

Another quote Farrant uses comes from Diana Beresford-Kroeger’s The Sweetness of a Simple Life who tells us that by planting a tree, “together we can hold hands across the planet and repair the damage done in the past five hundred years. We will make a difference to nature, one by one and tree by tree.” What an empowering concept!

In Chapter 37, Farrant uses an operetta in three acts to describe how you can distinguish new gardeners from experienced ones. It’s a delightfully humorous example of the author’s wit and I especially enjoyed the reference to marigolds—possibly because my husband, who was new to gardening in his retirement years, now prides himself on his skill at growing those flowers.  Farrant describes a dream in which she asked about marigolds and whether they counted for much when you were a beginning gardener. She was told: “Ah, marigolds, I don’t praise them. Their blooms hang on too long. They’re like opera singers performing way past anyone’s interest.” I told my husband that although I did admit his marigolds are indeed beautiful, they have no aroma and do tend to hang around too long. I then went into my rose garden.

Farrant often employs humour in her comparisons between gardening and life. In addition, she offers her readers many nuggets of information about her own life growing up and her current years living with her husband Terry in North Saanich. She is an accomplished observer of life and her experiences make for some thought-provoking prose. Farrant’s Zen-like, satirical views are both powerful and entertaining.

Her final observation is profound. She talks about the importance of a food garden in the backyard: “How ironic this must seem for a person lacking in gardening passion. But a phrase from the last century comes to mind: Needs must. And so we will plant, Helen. Calmly, with love.” 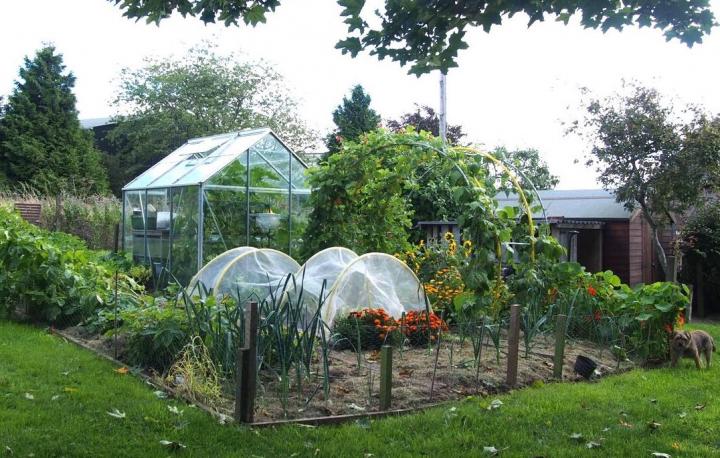 A backyard garden with vegetables and flowers.

If you only take ‘one good thing’ away with you after digesting Farrant’s new title, I think it will be that you will want to read more of her work and more of Helen Chestnut’s columns. There is much to learn from both. 9781772012842

Valerie Green is the author of over twenty non-fiction historical and true-crime books. Her debut novel Providence will be published soon as the first of “The McBride Chronicles,” an historical four-generational family saga bringing early B.C. history alive.

One Response to “Reap what you sow”