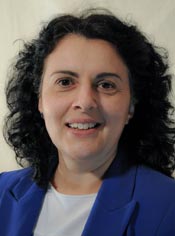 For nearly a century, from 1871 until destructive fires in the 1960s, the Tsimshian residents of the Port Essington Indian Reservation were assimilated with the non-aboriginal population of the cannery town of Port Essington, located near the mouth of the Skeena River, south of Prince Rupert. Aboriginal children attended day schools there rather than a residential school.

“As a child of immigrants,” Raptis has written, “I learned early to love history. Hours were spent listening to members of my extended family recount the hardships they experienced during World War II, as invading armies occupied their formerly tranquil villages. My favourite account was when my grandmother lost her shoe as she shepherded her five children (my seven-year-old mother among them) across a bridge and into nearby woods during an aerial attack. After such harrowing tales, I was seriously disappointed by the “grand narratives” of history education that seemed so lacking in the human perspective. When I began my doctoral studies, the divide between those who make policy/ history and those who experience its effects drew my attention again. My interest in these two contrasting perspectives prompted me to explore how multiculturalism entered British Columbia’s educational policy agenda and what it meant for teachers and students.

“By the time I finished my dissertation, I knew that my passion lay in exploring the intersections among educational policy, minority learners and schools. From 2005 to 2012, I used SSHRC funding to study the development, implementation, and impacts of the 1951 federal policy to end segregation and to integrate Indigenous children into public schools. This research culminated with an intergenerational oral history project probing the schooling experiences of Tsimshian Elders and their offspring from the late 1930s to the late 1970s.”

Raptis received her Ph.D in Education from the Unviersity of Victoria after gaining her Masters at McGill University and a BA in French Language/Literature from UVic.