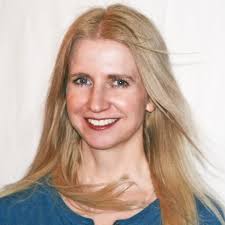 The debut young adult novel, Queen of the Godforsaken (Thistledown $14.95) by Mix Hart of Kelowna is a coming-of-age story about Lydia who moves with her family from urban Vancouver in the 1980s to an isolated farmhouse in Saskatchewan. The distraught teenager is appalled by her parents, the locals and the terrain that is so unfamiliar to her. It doesn’t help when her father has difficulty finding steady employment and her mother becomes suicidal—so they start drinking and fighting. To make things worse, Lydia can’t relate to her classmates. Lydia learns to adapt by looking after her sister and her parents in their period of self-absorbed neglect only after meeting a handsome, hockey-mad farm boy, Brady, and two elderly Francophone neighbours who break through her standoff-ish exterior. The idea for Queen of The Godforsaken was born in an attempt for Mix to reconcile her teenage years attending three high schools in three Canadian provinces, during which she lived in an historic farmhouse in Saskatchewan.

In addition, Mix Hart is both a traditional and digital oil painter—specializing in realism and portraiture. She illustrates her own Peter-Not Pizzaface junior fiction series as well as other picture books. The first novel in her Peter Not-PizzaFace series, Peter Not-Pizzaface And The Decrepit Caboose, was made available only as an e-book.

Hart has lived all across Canada from the Pacific to the Atlantic Coasts including the Yukon as well as in London, UK. Her name Mix is her paternal grandmother’s surname,  and also the surname of several great grandparents (a time when distant cousins married). It is a European name, from near the Baltic Sea.